By Joseph Gibson on December 23, 2019 in Articles › Celebrity News

You may recall an incident back in March at an NBA game in Utah between the Jazz and the Houston Rockets. Houston player Russell Westbrook got into an intense verbal altercation with one Shane Keisel and his girlfriend Jennifer Huff, at least part of which was captured on video. According to Keisel, the incident and its aftermath pretty much destroyed his life, and he's suing Westbrook and the Utah Jazz for $100 million, a lawsuit that a source close to Westbrook tells TMZ is "meritless."

According to Keisel, it all went down after his attempt at a heckle was misinterpreted by Westbrook. In the suit he says he shouted "that he should just sit down and ice his knees" at the player, which Westbrook misinterpreted as some sort of homophobic reference due to the word "knees." Westbrook responded in heated remarks in the video of which later went viral, which is where Keisel says his real troubles began. 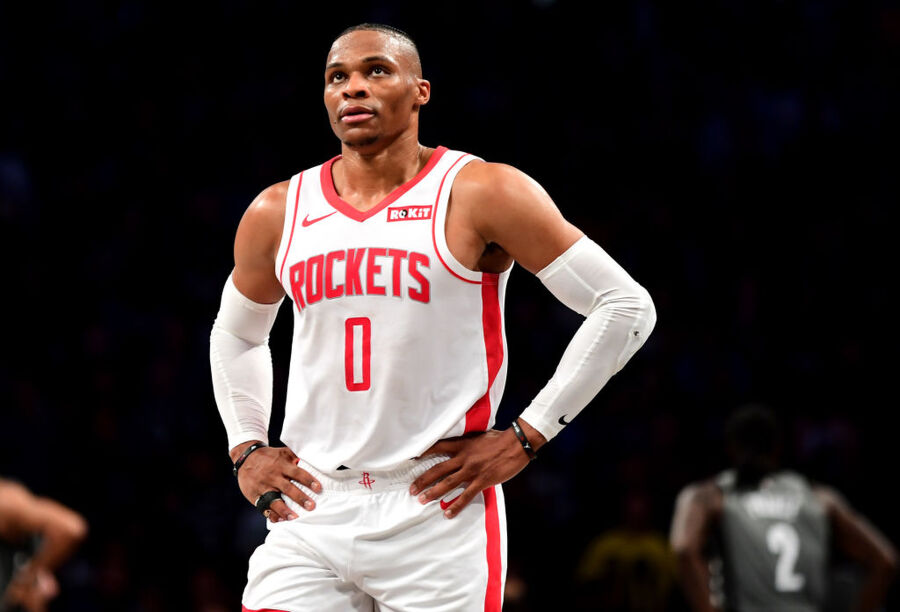 Keisel's suit states that not only was he banned from Utah Jazz games for life, but also banned from Utah's Vivint Smart Home Arena and subjected to death threats as well as the loss of his job and a pilot training program all stemming from the incident.

Keisel also takes issue with the Jazz's investigation into what happened, carried out before he was banned, saying that none of the video evidence showed him making any inappropriate comments of any kind, and that the other people who were sitting near him back him up on this. So now he wants $100 million in damages for defamation, emotional distress, and more.

"The lawsuit is meritless. The Jazz conducted their own investigation of the guy's conduct at that game and based on their investigation, they decided to ban him from attending any future Jazz games…Westbrook's entire camp is confident the court will support the Jazz's findings."

Now it's up for a judge to decide how the lawsuit will proceed.