By Joseph Gibson on October 13, 2016 in Articles › Celebrity News

It's always a treat when a massive stadium band deigns to do a small, intimate show. And massive stadium bands don't get much more massive than The Rolling Stones, who recently earned a reported nearly $5 million to perform a secret warm-up gig for 1,000 employees of a trucking company's employees and guests.

It happened in Las Vegas, where the band was in town to open the much larger Desert Trip festival one state over in California. There Mick Jagger, Keith Richards, Charlie Watts and Ronnie Wood joined fellow icon Bob Dylan to open the festival in front of 75,000 fans, a much more traditional gig for the Stones. Paul McCartney and The Who are also headlining the festival, leading some to proclaim it "the ultimate concert for baby-boomers." Jagger didn't shy away from old-age jokes, reportedly saying during the show, "welcome to the Palm Springs retirement home for ageing English gentlemen." For that show, they earned a reported $7.4 million, bringing the total for two shows to almost $12 million. 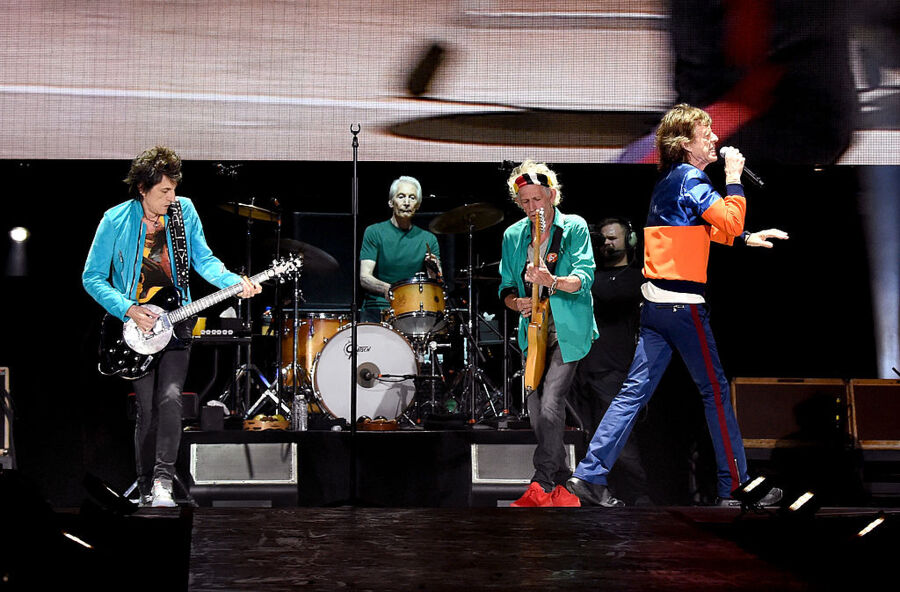 The show was hosted by Freightliner, a trucking company which has a history of booking huge acts for surprise shows for their employees (in 2014, it was The Eagles). Nevertheless, the audience is reported to have been surprised by the band's appearance in an adjoining space following a misdirect jazz trio set, which, according to a quote from Jagger during the show cut both ways:

"We thought we were playing for a lot of truck drivers. So we practiced our punching songs. But looking at you, I think we should play our usual set."

In any case, the set ended up being a generous 85-minute, 14-song show. For the monetarily obsessed, that comes to almost six grand per minute, and more than $350,000 per song – not bad for a "warm-up gig."