In other "this is great, but it's sad that she had to do this news," Robin Wright demanded that she be paid the same as her costar, Kevin Spacey – and Netflix met her demand.

The interview revealing Wright's fight for equal pay was conducted by Judith Rodin, the president of the Rockefeller Foundation in New York, and it was then picked up by Marie Claire magazine.

Kevin Spacey, who stars as the conniving southern politician Frank Underwood on the hit Netflix original, House of Cards, earns $500,000 an episode. Wright, who plays the equally devious and brilliant Claire Underwood, was previously paid $420,000 an episode.

Though not as great a payment discrepancy as we're used to seeing among male and female co-stars in film and television, Wright was nonetheless incensed. Claire and Frank are the two characters around whom all of the major plotlines revolve – without her, it could be argued that there would be no House of Cards. 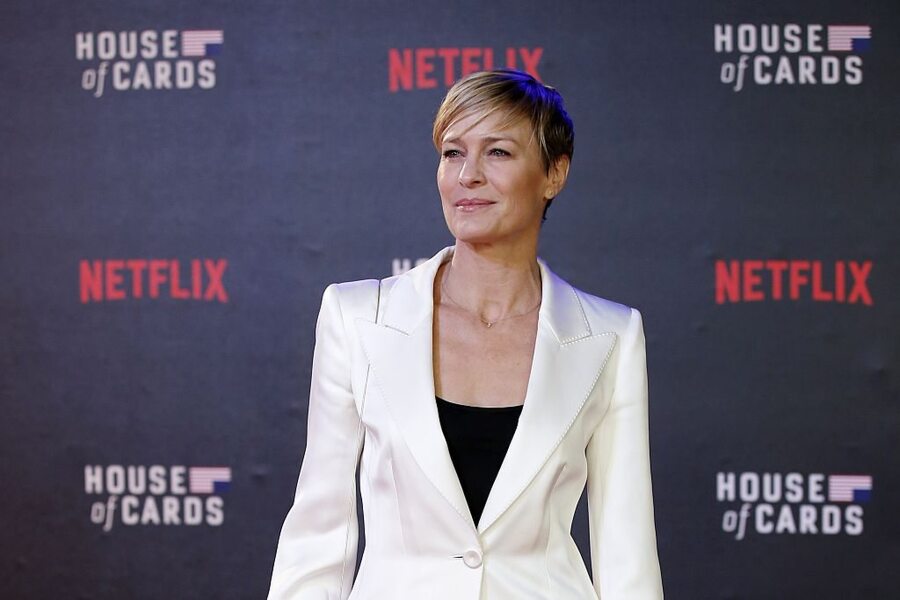 Wright also discovered statistics that showed her character, Claire Underwood, was more popular than Frank, for a period of time. Claire Underwood, with her Lady Macbeth sensibilities and voracious appetite for power is a huge draw for viewers, and Wright felt entitled to her fair share of the pie.

In order to secure equal pay for herself, Wright told Rodin that she brought this information to the attention of the executives, saying, "You better pay me or I'm going to go public. And they did."

"It was the perfect paradigm," Wright further explained. "There are very few films or TV shows where the male, the patriarch, and the matriarch are equal. And they are in House of Cards."

Based on what we've seen of Claire Underwood in the past, I think it's safe to say that Netflix executives got off quite easily.