Robin Wright Asked For Equal Pay On 'House of Cards,' Says She Still Hasn't Gotten It

Last year, House of Cards star Robin Wright became an inadvertent poster child for the cause of equal pay for women in the workplace, after she said in an interview with Rockefeller Foundation president Judith Rodin that she asked the show's producers for a raise that would bring her salary up to the level of co-star Kevin Spacey's, which at the time was a reported half a million dollars per episode. Here's how she put the situation then:

"I want to be paid the same as Kevin… I was looking at the statistics and Claire Underwood's character was more popular than [Frank's] for a period of time. So I capitalized on it. I was like, 'You better pay me or I'm going to go public.'"

So go public she did, and for a time she reportedly believed her efforts were successful, but according to a much more recent interview, this one in Rhapsody, United Airlines' in-flight magazine, her promised raise didn't make her an equal partner to Spacey. Recent media reports have her making about $420,000 per episode compared to Spacey's $500,000, and according to Wright the show's producers claim that equal pay with Spacey wouldn't be possible thanks to the fact that Spacey is one of the founding producers on the show. 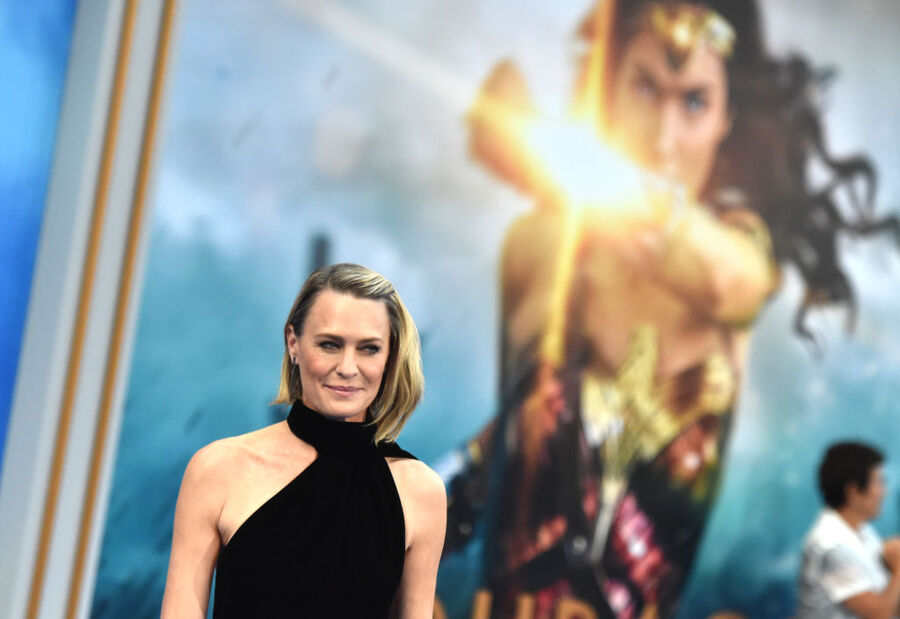 Instead, Wright received a new executive producer credit on the show starting last year, as well as opportunities to direct. But Wright isn't satisfied with this arrangement, characterizing it as a "dupe" on the part of Media Rights Capital, the company that produces House of Cards:

"I really don't like being duped… It's such a male-dominant workforce still. There's a conditioning. And changing the condition of men is what needs to happen."

Spacey is among the highest-paid actors on television for his role as Frank Underwood on House of Cards, while Wright doesn't place similarly among highest-paid actresses, so her case for a disparity between the two seems to be a pretty clear one.