Robin Williams Was Not Broke When He Died. Let's End This Rumor Right Now Please.

Over the last couple days, we have received a ton of emails, social media messages and site comments from people all over the world who shared in our sadness over the passing of Robin Williams. Unfortunately, we also received a ton of messages from people who for some reason felt compelled to spread a false rumor about Robin's financial situation. The rumor implies that Robin may have taken his own life because he was having "severe financial problems" and was supposedly "on the verge of bankruptcy". To make matters worse, a bunch of scummy gossip web sites picked up on this rumor just a few hours after Robin's death was confirmed and reported it as fact. It was very frustrating and I wasn't even going to address this ugliness, but then, unbelievably, I started hearing the rumor being repeated by TV news anchors and radio talk show hosts. So I'm writing this article with the hope that we can stop this rumor right now and get back to remembering Robin Williams for his amazing life and legendary career. 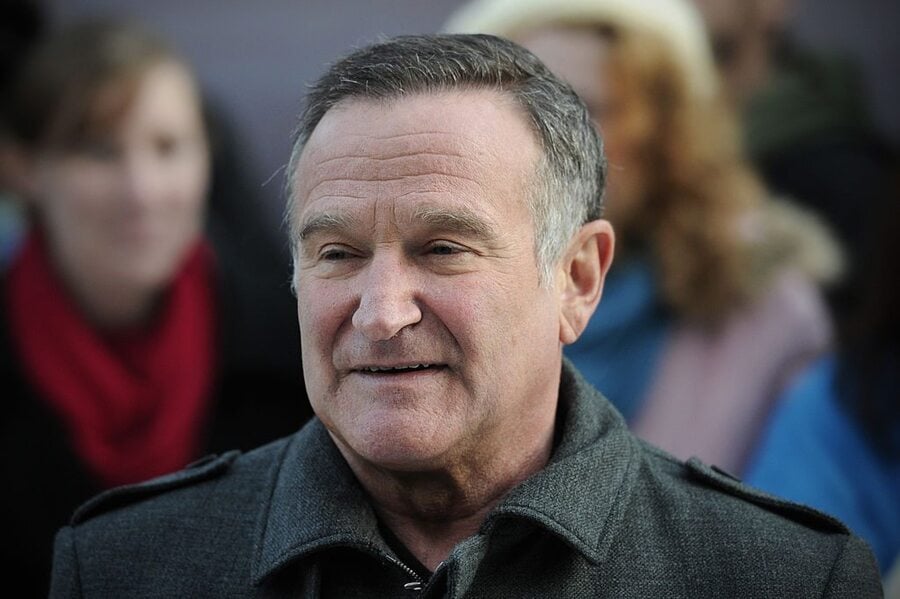 What we do know, according to his own representatives, is that in the days leading up to his death, Robin had been experiencing severe depression. It's unknown if these issues were also related, but Robin openly struggled throughout his lifetime with anxiety, alcohol and addiction problems. He had been sober for more than 20 years, but sadly relapsed in 2006 while filming a movie in Alaska. This relapse resulted in at least three visits to rehab facilities in the last couple years.

This morning, Robin's most recent wife Susan Schneider announced that Robin had also been struggling with the "early stages of Parkinson's Disease, which he was not ready to share publicly". Clearly Robin was going through an extremely difficult time. And we'll probably never be able to understand how someone so successful and so beloved would take their own life. And honestly it's none of our business.

What we can say definitely is that financial issues had nothing to do with Robin's death. Unfortunately chatter about "money problems" grew so loud, that Robin's publicist had to release the following statement earlier today to address the rumor directly:

"Robin had no financial problems. We should all be blessed to have Robin's financial status. I understand the desire to understand the 'Why', but it's not going to happen. The better thing to do is to try to understand severe depression. That isn't going to be answered and you can speculate all you want". – Mara Buxbaum, President of ID-PR.

Part of the problem is that Robin himself actually planted the seeds and gave credibility to the money problems rumor thanks to an interview he did with Parade magazine last year. In the interview, Robin was asked why he had chosen to return to television in the CBS sitcom "The Crazy Ones" (he was paid $165,000 an episode for the 22 episodes that aired before the show got canceled). Here is Robin's exact response:

"The idea of having a steady job is appealing…There are bills to pay. My life has downsized, in a good way. I'm selling the ranch up in Napa. I just can't afford it anymore."

When asked if he had lost all of his money in his two divorces (the generally accepted belief is that he paid his two exes a combined $30 million), Robin responded:

"Well, not all. Lost enough. Divorce is expensive."

"Robin often said things in jest, and sometimes it just doesn't translate in print. There were plenty of times over the years that Robin was offered to do TV. Robin wanted to do 'The Crazy Ones' because of [show creator] David Kelley and the material. That's why he took the show. Not because he needed the money."

The ranch Robin was referring to in the first quote is this absolutely stunning property in Napa, California. The property, which is called "Villa Sorriso" (sorriso means "smile" in Italian), is 653 acres of some of the most desirable land in Northern California. It includes a functioning vineyard, solar farm, lake, 20,000 square foot mansion, wine cellar, movie theater, spa, massive infinity pool and even a three bedroom house for the property manager. Clearly, a property like this would be extremely expensive to maintain. When we first wrote about this property in July 2013, Robin had just listed it on the market for $35 million. It has since been reduced to $30 million.

Robin also owned a house in Tiburon, California just north of San Francisco in Marin County. This 6 bedroom, 7.5 bathroom, 6500 square foot waterfront house has absolutely stunning views of the entire Bay Area. It's a double lot that has waterfront pool and spa. This house is worth an estimated $6-8 million. Public records from 2011 indicate that between these two houses Robin had mortgages totaling $7 million. Based on an average 30 year principal and interest mortgage, it's very possible that since 2011 the combined balance is closer to $6 million today.

Bay Area residents may have at some point driven to an area near the Golden Gate Bridge called Sea Cliff to see Robin's San Francisco mansion. I used to make my parents drive by any time we were close, hoping for a glimpse of Robin. I just checked the property records for the 9,000 square foot palace and it looks like Robin transferred ownership to his second wife Marsha Garces Williams in 2010. Robin purchased the house in 1991 for $3.2 million and today the it is worth $15 – $20 million. That's likely a large chunk of the money Robin "lost" in his divorce to Marsha. You have to see it in person to really understand how beautiful this house is, pictures don't really do it justice:

Before his death, we estimated Robin's net worth to be $50 million. That's the number that is still on his page today. We stand by that number, but also want to emphasize that we do not realistically think that Robin had $50 million cash in his bank. Net worth by definition is a summary of all assets minus liabilities. It is not a snapshot of someone's checking account. Unless you're Floyd Mayweather (who famously keeps $123 million cash in checking).

How did we determine the number $50 million? Let's look at real estate first. Between just these two properties alone that we know about, on the low end Robin would have home equity worth $29 million (30 + 6 – 7). On the high end, his home equity would be $37 million (35 + 8 – 6). And that's just his real estate. We haven't even begun to talk about savings accounts, stock investments, retirement accounts, residuals, royalties, cars… and all the other assets that go into estimating someone's net worth. Robin also had the ability to earn an enormous income every year for many years. He has three major motion pictures on the way to theaters right now and was still a very much in-demand actor. Furthermore, at any point he could have organized a national standup comedy tour that easily would have earned him millions. As we mentioned, he also earned a minimum of $3.6 million last year for his work on The Crazy Ones.

Side trivia: Did you know that Mrs. Doubtfire was the most-aired movie on basic cable in the last decade? Number two is Shawshank Redemption. In 2013 alone, Mrs. Doubtfire aired 66 times on five different networks. That must have produced a nice little income.

The point is, once and for all, Robin Williams was absolutely 100% not broke when he died. He was not experiencing any form of money problems whatsoever and those supposed issues had nothing to do with Monday's tragedy. This fact has now been confirmed by Robin's own publicist and I hope by writing this article I was able to shed some light on our process here as well. Now let's all please get back to remembering Robin for his comedy and amazing life!