By Joseph Gibson on October 13, 2017 in Articles › Celebrity News

When Robin Thicke and Pharrell Williams were found to have plagiarized "Got to Give It Up" by Marvin Gaye to create their hit song "Blurred Lines," it was a court decision that had the potential to change the entire music industry. According to The Hollywood Reporter, Thicke and Williams' lawyers recently got the chance to argue why the decision was an erroneous one before the 9th Circuit Court of Appeals, but the presiding judges are reportedly "skeptical" about having the decision overturned.

Thicke and Williams were ordered to pay $5.3 million (plus a portion of future royalties) to the late Marvin Gaye's family for infringing on his song – but since "Got to Give It Up" was one of the last major recordings before changes to copyright law in the mid-1970s went into effect, the case becomes a complex quagmire of "protectable elements" verses "unprotectable elements." Before the changes, sound recordings were unprotected by copyright law, which means that the only protectable elements of "Got to Give It Up" sheet music filed with the United States Copyright Office. Alleged failure to properly delineate these elements for the jury is a big part of the basis for appeal, despite the fact that the jurors in the original trial never actually heard "Got to Give It Up" in court. Thicke and Williams' attorneys have their work cut out for them, though, since as Gaye family attorney Lisa Blatt pointed out in court: "This court has never overturned a verdict in a music copyright case and this shouldn't be the first." 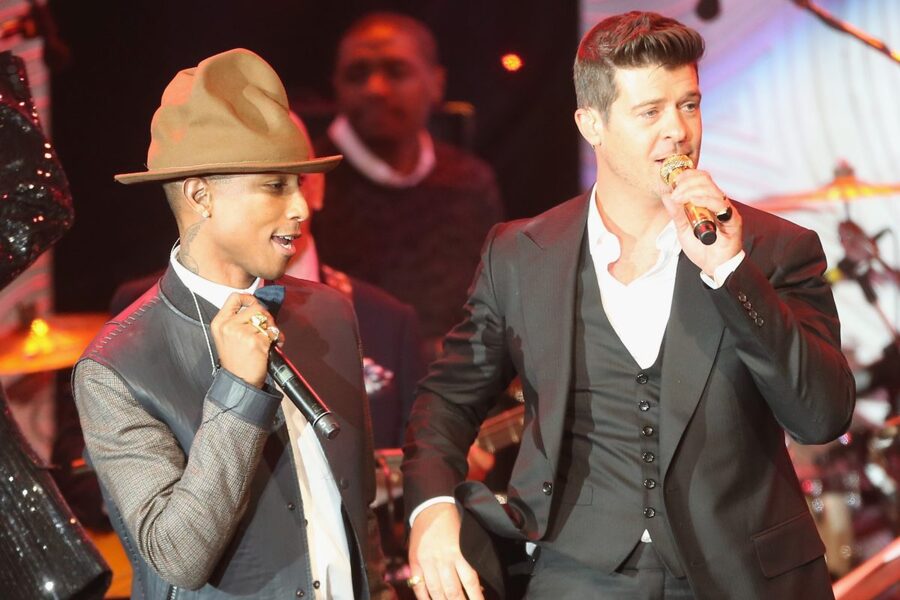 So now it's up to Thicke and Williams' attorneys to try and get around that rather daunting precedent. The stakes are high, since according to the article there's a chance that a much bigger financial victory for the Gaye family could be in store depending on the decision reached by the court. On the other hand, if the attorneys for Thicke and Williams pull off a victory, it could prevent artists from making copyright claims based on the "feel" or "vibe" of the work in question in the future.