By Joseph Gibson on December 28, 2018 in Articles › Celebrity News

The protracted legal battle over the 2013 hit song "Blurred Lines" and the financial ramifications of creative inspiration has finally come to a definitive conclusion, with no more appeals available to artists Robin Thicke and Pharrell Williams, and no recourse left except to pay up.

Now, The Guardian reports that both Thicke and Williams have to pay some $5 million to the estate of soul legend Marvin Gaye, whose classic "Got to Give It Up" was found to share actionable elements with the later song. Initially, in March 2015, the pair were ordered to pay $7.4 million to Gaye's family, but even after that sum was reduced, they still elected to appeal the decision. Now, the final amended judgment has been made, and it breaks down like this:

Thicke and Williams owe the Gaye estate $2.8 million jointly. In addition, Thicke has been ordered to pay the separate sum of $1.7 million, while Williams is on the hook for another $357,630. And in some extremely good news for the surviving family of Marvin Gaye, they're also entitled to a whopping fifty percent of any and all future royalties from "Blurred Lines." 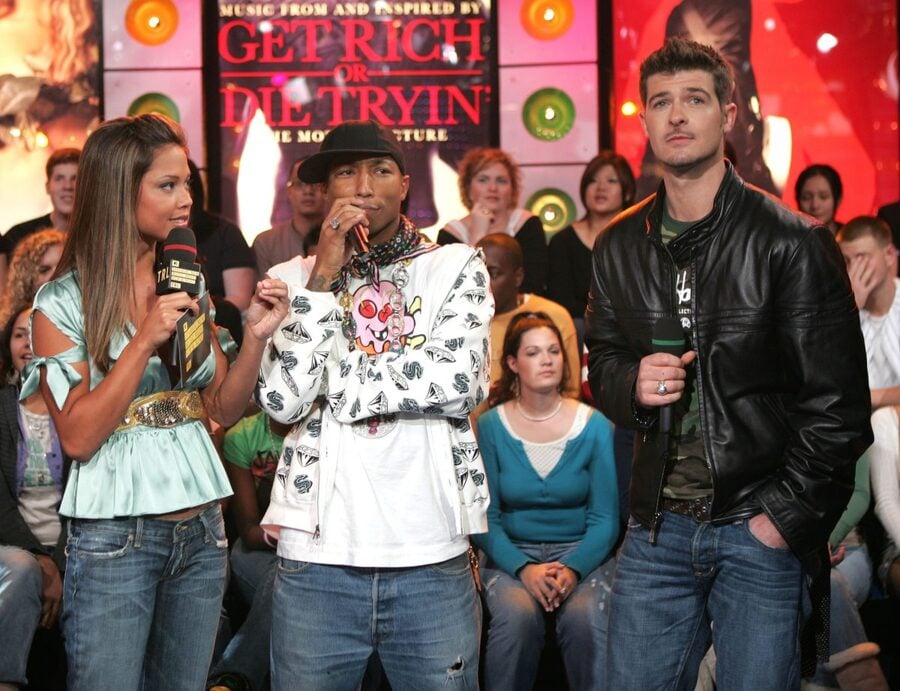 The final decision was reached by a majority of two judges to one, and the dissenting judge Jacqueline Nguyen expressed in her dissent why the verdict has been so controversial, saying that the two songs "differed in melody, harmony and rhythm" and that the decision "strikes a devastating blow to future musicians and composers everywhere." As a result of that blow, you're probably not going to see too many artists behind a hit song give interviews like the one Thicke gave to GQ, in which he talked about how "Got to Give It Up" inspired "Blurred Lines":

"I was like, 'Damn, we should make something like that, something with that groove.' Then [Williams] started playing a little something and we literally wrote the song in about a half-hour and recorded it."

Now, if an artist was inspired by a particular song from the past, he or she has a real financial incentive to keep quiet about it.