The rumors are true: Rob Kardashian and Blac Chyna (real name: Angela White) are engaged after only a few months of dating. Now, following in his famous family's footsteps, Kardashian and Chyna are allegedly considering starring in their own television reality series, according to multiple sources. The Daily Mail reports the newly-engaged couple could expect to earn between $150 thousand and $200 thousand each per episode, with an additional $500 thousand each for a wedding day special episode.

However, any attempt to create a spinoff television show will have to get the approval of momager Kris Jenner and the E! network, which maintains an $80 million contract with the Kardashian clan for four more seasons of the ultra-successful series Keeping Up With The Kardashians. According to The Daily Mail, although Rob's health (he was diagnosed with diabetes after gaining over 100 pounds in the course of a year) has been a frequent topic of the show, he himself hasn't appeared on an episode since 2014. 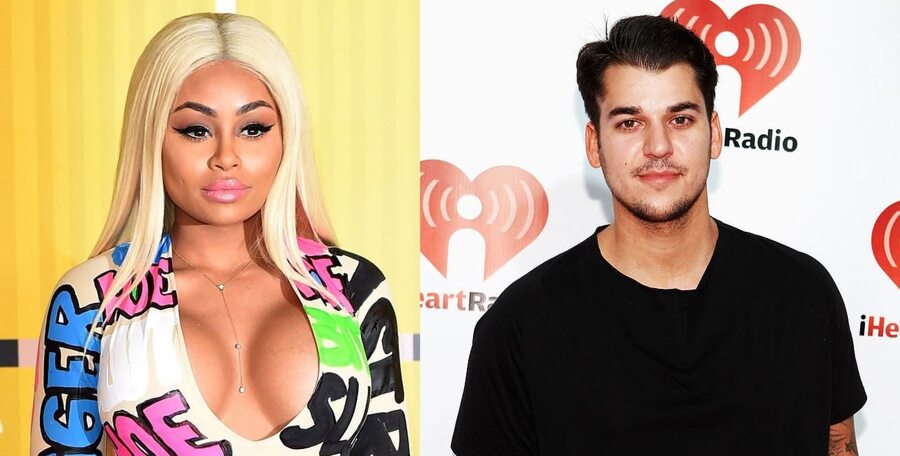 Although Kardashian remained reclusive over the past few years, he's been spotted enjoying outings with his new love. Chyna, a makeup artist, has brought him out of his shell, and has reportedly helped him to lose upwards of 60 pounds. Despite the unconventional pairing (Chyna has a son with rapper Tyga, who is currently dating Rob's 18-year-old sister, Kylie Jenner) friends and family are happy Kardashian is finally happy. Over the past few weeks, the couple has been showing off Chyna's giant 7-carat engagement ring, which was purchased from longtime Kardashian pal and jeweler Ben Baller, according to People.

However, Kris and the Kardashian clan are allegedly not taking the engagement, or the proposed television spinoff, seriously. According to Cosmopolitan, the reality TV family is not only offended that Kardashian and Chyna did not alert them to the engagement announcement, but also does not believe the engagement will last, as Kardashian is known to be a "serial proposer." He's allegedly proposed to ex-girlfriends Rita Ora and Adrienne Bailon in the past.