By Joseph Gibson on October 17, 2018 in Articles › Celebrity News

Rob Gronkowski is the latest professional athlete to set himself apart from the pack with his financial savvy in addition to his athletic prowess. During an interview with Business Insider, Gronk spoke a bit on his personal finances, which he says so far has involved not spending a dime of the $54 million he's earned from the NFL as one of its most highly paid athletes. Instead, he's lived exclusively off of his various endorsement deals. And he says he has some advice for other young pro athletes who might find themselves earning a good deal more than they're accustomed to – and no, it isn't just "sign a lot of endorsement deals."

Instead, Gronkowski says it pays in the long run to keep things simple and avoid a lot of lavish splurging when you find yourself with your first few big paydays: 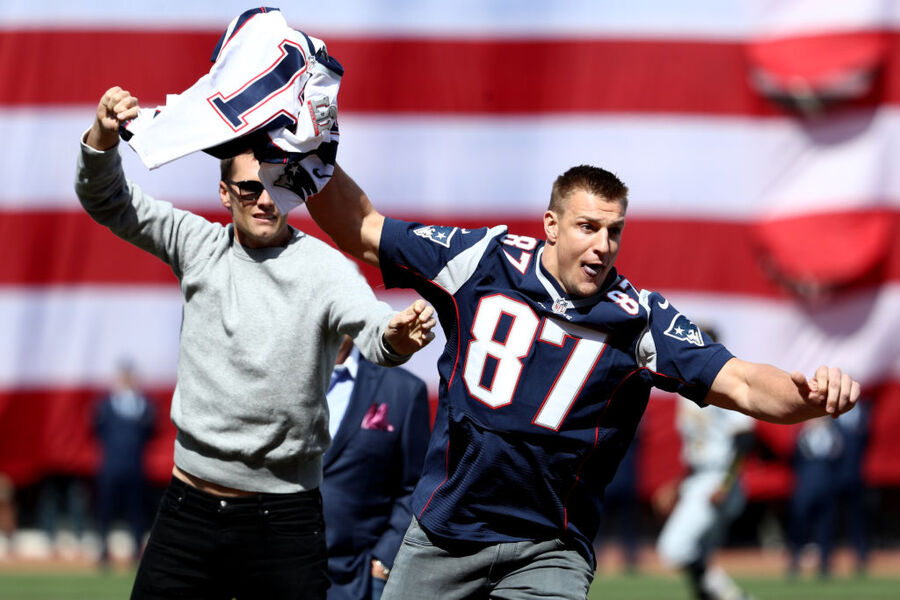 Gronkowski goes on to point out that in the NFL, one might have a particular reason to keep things on an even keel, spending-wise:

"Because you don't know how long you're going to be in the league for. It's a short career here in the league. The average is about three to four years, and when it's done, it's done. Be simple, manage it safe, so when it's done you've got a little base, a little foundation to live off."

Gronkowski's financial habits might not have gotten the coveted Warren Buffett endorsement just yet, but he is joining a select group of highly-paid football players who are choosing or chose to make it a point of saving all of their NFL earnings during their playing days, including Marshawn Lynch and rookie New York Giants running back Saquon Barkley.