We here at Celebrity Net Worth are very sad to hear that television and radio legend Dick Clark died today at the age of 82 in Santa Monica, California. Dick Clark was arguably the most influential person in music and pop culture over the last 60 years. Clark was often referred to as "America's Oldest Teenager" thanks to his youthful looks and energy. When American Bandstand premiered for the first time on national television on August 5, 1957, Clark's first guest was none other than Elvis Presley. He would go on to host and produce the show for 31 seasons until the very last episode in 1989. Dick Clark also famously hosted several game shows like The $10,000 Pyramid and the annual Dick Clark's New Years Rockin Eve. All of his shows were produced and owned by the company he founded in 1957 called Dick Clark Productions. Dick Clark Productions was sold in 2007 to Redskins owner Dan Snyder for $175 million. 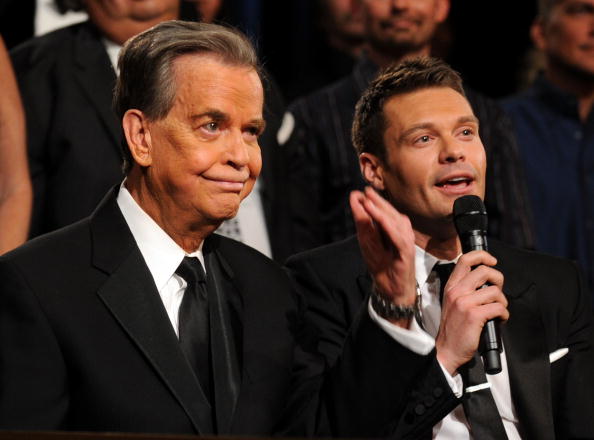 Unfortunately Dick Clark suffered a debilitating stroke in 2004 which prevented him from continuing his New Years Rockin Eve hosting duties. He still managed to make a handful of public appearances despite his impaired speech. Ryan Seacrest has taken the reigns from Clark in his New Years and radio hosting duties.

Clark died today, April 18th 2012, at the age of 82 in Santa Monica California. He is survived by his third wife Kari Wigton and three children from two different marriages.