By Issac Morgan on July 8, 2015 in Articles › Celebrity News

Rihanna has been making headlines and history, once again, for all the right reasons. Most recently, she has released a very graphic new video for single "B**** Better Have My Money" that has heads turning due to its provocative content, and has been crowned as the top digital singles artist in U.S. history. And the accolades keep piling up…

According to a recent announcement from the Recording Industry Association of America, Rihanna has exceeded more than 100 million Gold & Platinum song certifications, earning her a number one position on RIAA's list of artists with the most Digital Single Awards. 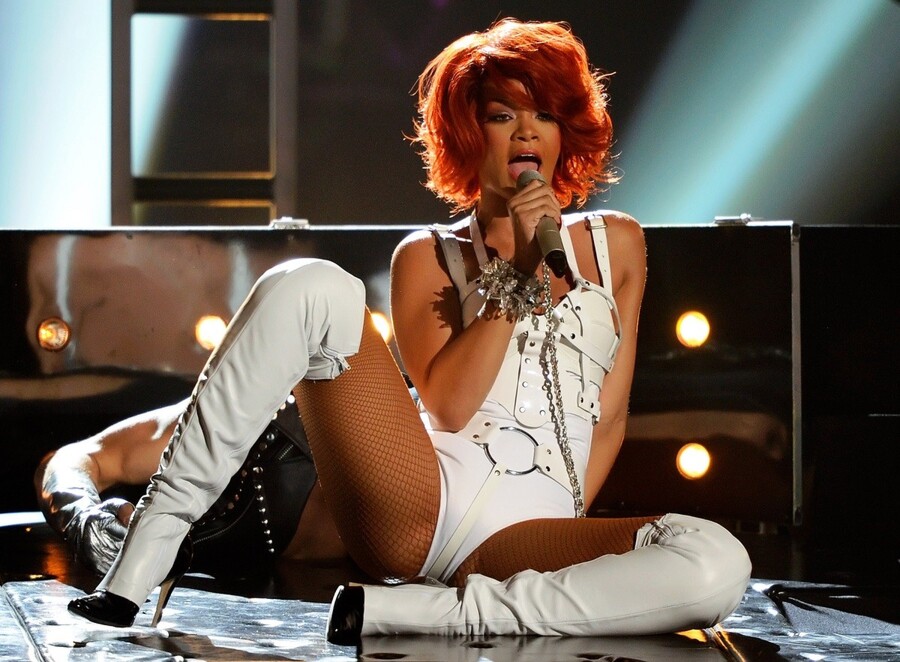 This is monumental, because she is the first artist in history to surpass RIAA's 100 million cumulative singles award threshold. The RIAA's Digital Single Certifications count download sales and on-demand streams in the United States.

According to a statement from RIAA's Chairman and Chief Executive Officer Carey Sherman:

"Gold & Platinum is the industry's premier way to celebrate achievement in the marketplace," said Cary Sherman, Chairman and CEO, RIAA. "We've given awards to artists for nearly 60 years, but it's rare that we have the opportunity to recognize a milestone like the one Rihanna has reached.  Congratulations to Rihanna! She has not only surpassed RIAA's one-hundred million mark, but also is the first artist to do so.  It's an historic feat and a testament to an extraordinary career."

Rihanna has a lot of other accomplishments under her belt – winning eight Grammy awards (the most recent was for Best Rap/Sung Collaboration for "The Monster" a collaboration with Eminem) and has released seven studio albums.

The singer gives much credit to God on her social media pages. Her Instagram post reads – 'Thank you God for fulfilling Your plans in my life…. All the Glory belongs to You!!!! 'HistoRIH!!!! First and only!!! God is great!!!"

While a release date for RiRi's forthcoming album hasn't been set, several industry sources suggest that her eighth album will be titled R8 and could be a game-changer for the world of music. Rihanna previously tweeted: "Any news about #R8 will be delivered directly from me!!!!"

Until then, fans will be on the lookout for any leaked songs and more of her informative social media posts regarding her highly anticipated album.