The Richest Person In Iran Was Just Executed After Being Convicted Of Embezzlement, Money Laundering And Bribery

In America, when a businessman is convicted of financial crimes such as embezzlement, money laundering and bribery, there's a chance that the accused will get off with a light sentence at a minimum security, country club prison. Even worse, many white-collar criminals never go to jail at all. They might get a big fine plus a few hours of community service. On the other hand, after he orchestrated a $65 billion ponzi scheme, we did manage score a 150 year sentence for legendary fraudster Bernie Madoff. That was a big public win for the the US justice system. But even Madoff's punishment PALES in comparison to white-collar justice Iran-style. Don't believe me? Take the case of Mahafarid Amir Khosravi. Prior to his 2011 arrest on charges of embezzlement, money laundering and bribery, Mr. Khosravi was the RICHEST PERSON IN IRAN. His personal net worth once exceeded $1 billion. Well, unlike in America, in Iran money can't buy freedom. Earlier today, Mahafarid Amir Khosravi was executed by hanging without any advance warning or announcement at a prison in Northwestern, Tehran. 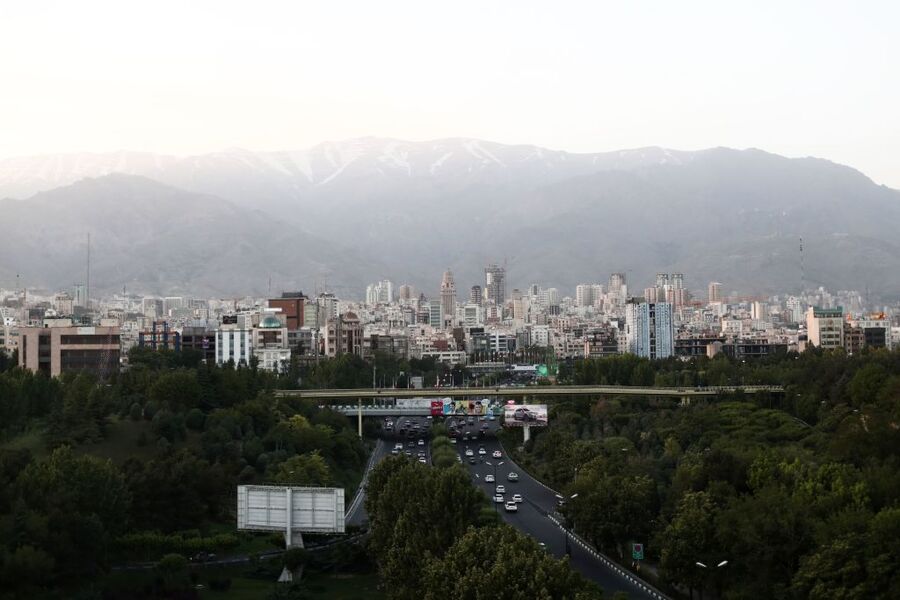 Mahafarid Amir Khosravi, also known as Amir Mansour Arya, was once a shining star in Iranian business circles. Beginning in 2007, Mr. Khosravi led a group of Iranian businessmen to obtain loans from more than dozen (mostly state-owned) banks to acquire various government assets. He received the loans through an investment firm he controlled called Aria Investment Development Company. In total, the Aria Investment Development Company borrowed roughly $2.6 billion from various banks to acquire and privatize state assets. The majority of the loans and credit lines were taken from the state owned Bank Saderat Iran.

Over time, Khosravi's empire expanded very rapidly. He purchased a mineral water company, a football team, a meat importing company. By the time he was arrested in 2011, his empire had grown to include an estimated 35 companies in a dozen different industries. One of the biggest assets he purchased was Iran's largest steel manufacturer, Khuzestan Steel Company.

During his rise to power, Khosravi was politically well-protected. He was reportedly a close ally of former President Mahmoud Ahmadinejad. Close enough that the former President was questioned about Mr. Khosravi's business dealings when everything started to unravel in 2011.

Unfortunately for Mr. Khosravi, it turns out that all of the documents Aria Investment Development Company used to obtain the $2.6 billion in loans were completely forged. Not only that, Mahafarid Amir Khosravi was accused of bribing various officials at the banks to ensure that his loans would be approved. At his trial, Mr. Khosravi eventually admitted that he had used $3 million USD, in cash, to bribe top executives at Iranian banks.

The head of Iran's judicial investigations unit called the case "the most unprecedented financial corruption case in the history of Iran". Now known as the "2011 Iranian embezzlement scandal", nearly 70 people were interrogated during the investigation. As of this writing, 39 people have been convicted for their various roles in the scandal. Four of the defendants, including Mr. Khosravi, received the death penalty. Two received life sentences and the remaining received 25 year sentences.

And while avoiding a death sentence might seem like a better result, keep in mind that the prison most of the convicted will serve their sentences at, has literally been described as the best example of absolute hell on earth. Evin Prison, just outside of the capital city Tehran, is considered one of the most brutal prisons in the world. Torture, beatings and mock executions are commonplace. Many of the cells aren't much larger than a coffin.

After being convicted of all charges in 2012, Mahafarid Amir Khosravi was sentenced to death. His execution today came completely without warning or announcement to his family members or lawyer. His wife had actually visited him yesterday and said that he seemed to be in pretty good spirits. All of his assets, which are still estimated to be worth over $1 billion, have been confiscated by the Iranian prosecutors office.

So what do you think of how Iran handles criminals like Mr. Khosravi? Can you imagine any other country in the world where a billionaire could actually get executed? He was literally the richest person in Iran! Shocking that he couldn't manage to escape to Canada or something before the charges came down. At the very least, anyone in Iran who was considering pulling off a major fraud is probably thinking twice now. Still not sure how I feel about that though.