How Much Does Frances Bean Cobain Make Per Month Off Kurt Cobain's Estate?

By Joseph Gibson on October 7, 2017 in Articles › Celebrity News

Frances Bean Cobain, the daughter of Courtney Love and the late Nirvana frontman Kurt Cobain, is now somehow old enough to be going through a divorce (at 25, she's pretty young for that, but still). And in the wake of her divorce from one Isaiah Silva, some details of her financial situation have come to light, some of which she has disputed, some not. One of the most interesting figures is the $100,000 a month from Kurt's estate, according to People.

That hundred grand shakes out to a little over $95,000 for continuing publicity rights, and another $6,500+ in financial dividends. But regardless of where the money is coming from, it's only enough to cover roughly half of her expenses according to the other big figure to come out of her divorce proceedings: The over $200,000 she has in monthly expenditures as of late, mostly to pay for legal and accounting fees related to the divorce itself. If that sounds steep to you, you're not alone, as Frances Bean herself recently took to Twitter to dispute the amount, tweeting:

"I'm sorry, but who has the time to spend $200k a month? That's fucking absurd. None of the information that has been reported is accurate." 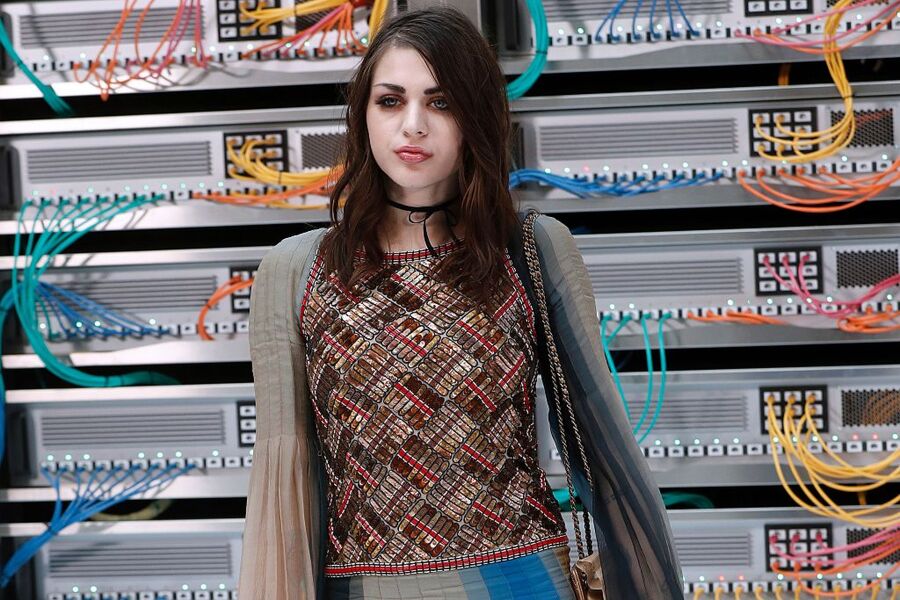 It's been noted that she did not dispute the concurrent reports of her $100K a month from Dad. But really, all these figures, as well as her currently reported net worth of about $11.2 million, are all lowball amounts compared to what's reportedly waiting for her in trust once she turns 30. That is supposed to amount to around $200 million, a fortune even compared to a cool hundred grand per month. Whatever the circumstances are of her divorce with Mr. Silva, that's probably a number he'll be thinking about a lot over the next five years.