Rep. Devin Nunes, a Republican from California, is sick and tired of seeing people making fun of him on Twitter. In an attempt to put a stop to the disrespectful tweets, he's filed a $250 million defamation suit against the social media site, as well as two particularly egregious anonymous Twitter accounts, and professional political consultant Liz Mair, who he says "relentlessly smeared and defamed" him on Twitter as well as "filing fraudulent ethics complaints" against him.

Nunes' suit alleges that Twitter demonstrated a "political agenda" by allowing two humor accounts to post content on their site. For an idea of why Nunes objects to these two accounts, you probably only need to see their names: "Devin Nunes' Mom" (@DevinNunesMom) and "Devin Nunes' Cow" (@DevinCow), the cow being a reference to Nunes' family history in dairy farming (a central part of his public persona as a politician), and which usually traffics in various cow-related puns at his expense. In the lawsuit, Nunes accuses Twitter of "shadowbanning" and silencing conservative accounts while allowing more liberal or left-leaning ones to continue unabated. And he says the practice hurt him where he lives, in the field of electoral politics:

"Nunes endured an orchestrated defamation campaign of stunning breadth and scope, one that no human being should ever have to bear and suffer in their whole life…Unlike prior elections, where Nunes won by sweeping majorities, Nunes won on November 6, 2018 by a much narrower margin, receiving 52.7 percent of the 222,379 votes." 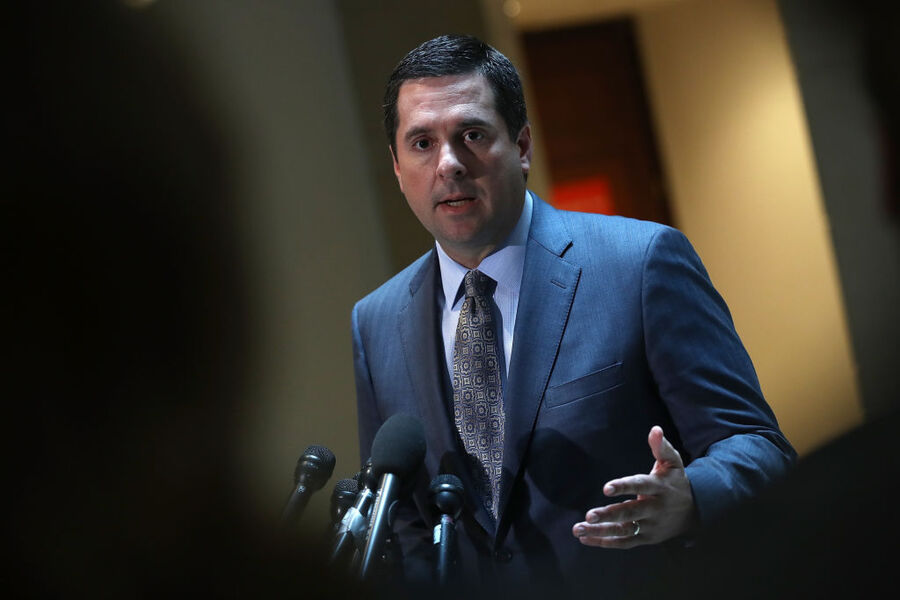 The Devin Nunes' Mom account has been suspended by Twitter, but the Devin Nunes' Cow account has seen a massive explosion of followers after the highly publicized lawsuit, growing from less than 2,000 followers when the suit was filed to almost half a million as of this writing.

Social media sites are generally not considered liable for defamation that may occur through them, but Nunes and his lawyers allege that Twitter's "knowingly hosting and monetizing" of the so-called abusive accounts makes it culpable in their behavior.

Mair, the only actual person named in the suit, had her own response on Twitter:

"A formal response to Rep. Nunes' pleading is forthcoming, but suffice it to say that I have a very different view on the applicable law (including the First Amendment) than Rep. Nunes. Beyond that, I am disinclined to discuss the details of the lawsuit itself, since I am a defendant in it.

"I will say that as a libertarian Republican, I personally hold very dear the principles of the First Amendment. I also believe that like every Member of Congress, Rep. Nines has sworn an oath to support and defend the US Constitution, including the Bill of Rights and the First Amendment, and that as a public official, it is entirely proper and correct that his actions, political committee expenditures, voting record and conduct be subject to public scrutiny and debate. That goes to the very core of what the Framers intended the First Amendment to protect."