By Joseph Gibson on April 2, 2012 in Articles › Celebrity News

NFL star Reggie Bush is doing pretty well for himself, but there must always be room for improvement since the Miami Dolphins running back recently signed an endorsement deal with Barc, a skin-care firm based out of New York City.

Skin care might seem like an odd choice of an endorsement deal for an NFL star. In fact, Bush anticipates some ribbing in the locker room over the new deal. But he's also had some more conventional media appearances over the course of his career. In 2007, for instance, he was the cover (and title) athlete for Reggie Bush Pro Football 2007, a game for various mobile phones and wireless devices. That same year he was also the cover athlete for EA Sports' NCAA Football 07. 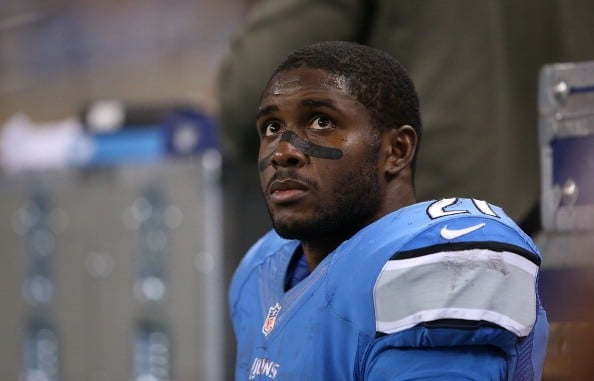 Other aspects of Reggie Bush's personal life have probably also been the source of some locker room jokes, as he made tabloid headlines for his relationship with model and reality TV star Kim Kardashian. The couple was famously photographed hanging out next to a swimming pool as Bush did push-ups while Kardashian rode on top of his back. You can't be positive of this but it's fairly doubtful that his endorsement deal with Barc will require him to do anything quite as embarrassing as that!

Bush has also distinguished himself in the field of philanthropy, helping to raise millions of dollars for the cause of helping out diamond-producing countries such as Botswana and South Africa for organizations like the Diamond Empowerment Fund. His work with the DEF doesn't end there, as he is one of the founding member's of the Diamond Empowerment Fund's Athletes for Africa program. The program, as its name suggests, is involved in mobilizing famous athletes like Reggie Bush in the cause of providing money for education and other purposes in impoverished diamond-producing nations.