By Joey Held on September 9, 2014 in Articles › Celebrity News

As I'm sure you've heard by now, yesterday Ray Rice was cut from the Baltimore Ravens and indefinitely suspended from the NFL. As a result, both Ray and the Ravens will lose out on millions of dollars…

If you've somehow managed to avoid this story over the last 24 hours, here's a quick recap: Back in February, Ray Rice and Janay Palmer (his fiance at the time, now his wife) got into an altercation at the Revel Casino in Atlantic City. Ray was subsequently arrested, charged with assault, and then released. About a week later, TMZ posted a disturbing video that showed Ray dragging Janay's unconscious, dead-weight body through the hotel like a rag doll. In March, Rice was indicted by a grand jury on third degree aggravated assault charges, that possibly could result in five years in jail. Based on the video footage alone, in July NFL commissioner Roger Goodell (who earned $44 million in salary and bonuses last year) suspended Rice for a grand total of two games.

Yesterday (September 8, 2014), TMZ posted a new video that shows what happened inside that casino elevator back in Feb. The video is fairly shocking to say the least. Ray can clearly be seen punching Janay in the head which sends her flying across the elevator, and leaves her knocked out cold on the floor. Based on this video footage, which the NFL claims they never saw, Ray has been cut by the Ravens and suspended by the league indefinitely. Even the Canadian Football League has announced they're not interested in Ray. Canadians! You know you've messed up when you piss off the nicest, most welcoming people on the planet.

In case you're wondering why the NFL and the Ravens may have been somewhat reluctant to give Ray Rice the boot back in February when the first elevator video surfaced, or at least why they didn't give him a SLIGHTLY harsher punishment than a two game suspension, the answer probably has something to do with MONEY. Perhaps the Ravens were a bit concerned about the salary cap hit they'd take as a result of a suspension or termination. If this is the reason the Ravens and the NFL were slow to act, they are paying for it now. The Ravens, the NFL and Roger Goodell especially are reeling today from the public backlash. 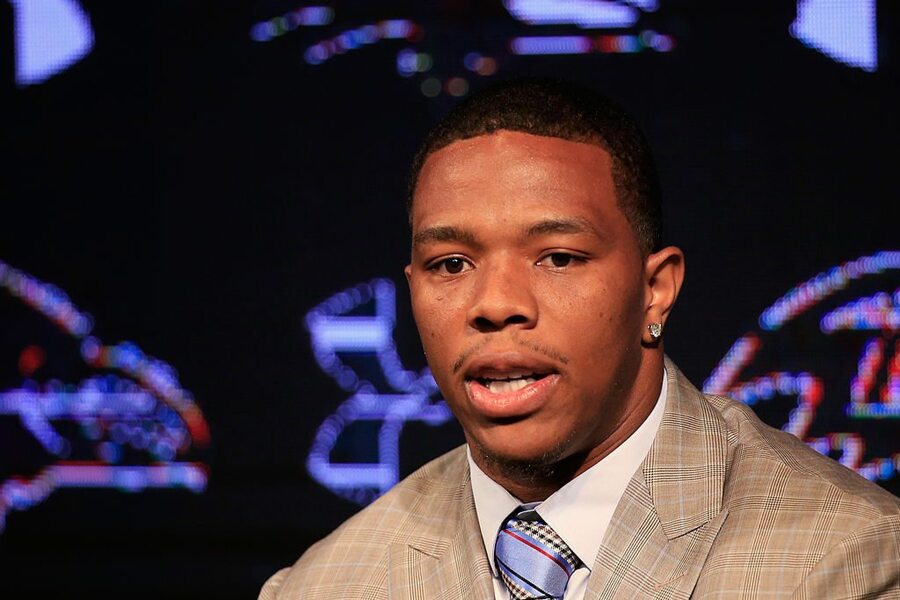 So How Much Money Is At Stake For All Parties?

After the 2011 season, Rice was coming off his best year yet: 2,068 total yards from scrimmage to go along with 15 touchdowns. The Ravens promptly rewarded his talents with a 5-year, $40 million contract. But it didn't end there. Ray's contract was frontloaded, with $17 million arriving in the first year alone, of which $15 million was paid as a signing bonus. Between July 2012 and March 2013 alone, Ray earned a total of $25 million in salary and bonuses from the Ravens. Ray then received an additional $7 million option bonus at the end of the 2013-2014 season. Since his career started in 2008, Ray has earned a total of $38 million in NFL salary and bonuses. By being cut, Ray loses out on $10 million in salary from the final three years of the deal he signed in 2011.

And we haven't even talked about endorsement money yet. Less than an hour ago, Nike announced it had terminated its endorsement deal with Ray. Ray is now the fourth athlete in history that Nike has booted for PR/morality clause reasons. The other athletes are Lance Armstrong, Justin Gatlin and Michael Vick (although Vick was eventually re-signed). Surely other corporations are soon to follow Nike's lead, which will cost the running back untold millions more. Just a few minutes ago EA announced that this Friday they will be releasing a roster update to Madden NFL 15 that will remove Ray from the game.

Thanks to the big bonus bucks he earned at the start of his deal, the Ravens will still be charged $4.8 million against the salary cap this year, and $9.5 million in 2015. On the plus side, the Ravens do get to walk away from $3.5 million in salary cap expenses this season.

In the end, NFL commissioner Roger Goodell may end up losing the most out of everyone. This is just the most recent off-the-field conduct situation that Goodell has horribly mismanaged. But this recent incident is also probably worse than all the others combined. If Goodell's head ends up on a spike, he personally will lose out on a pretty awesome job that happens to pay $40-50 million per year.

It's frustrating to be charged for a player you're not actually paying. But in the grand scheme of things, maybe this is football's version of karma for waiting so long to release Rice. And ultimately, keeping Rice would have been a far worse decision.