By Brian Warner on January 18, 2013 in Articles › Celebrity News

Atlanta based entertainer T.I. already has a lot of titles next to his name. T.I. is a successful rapper, actor, author, producer and even a CEO. And he's about to add a new title that is probably more important than all the others combined: MOGUL. Thanks to a monster record deal that he is about to sign, T.I. will soon join the ranks of other bonafide hip-hop moguls like Jay-Z, Dr Dre and Diddy. He'll also make a big jump on our list of the richest rappers alive where he currently ranks #19 with a net worth of $30 million. Keep reading to find out about the monster deal T.I, is about to sign… 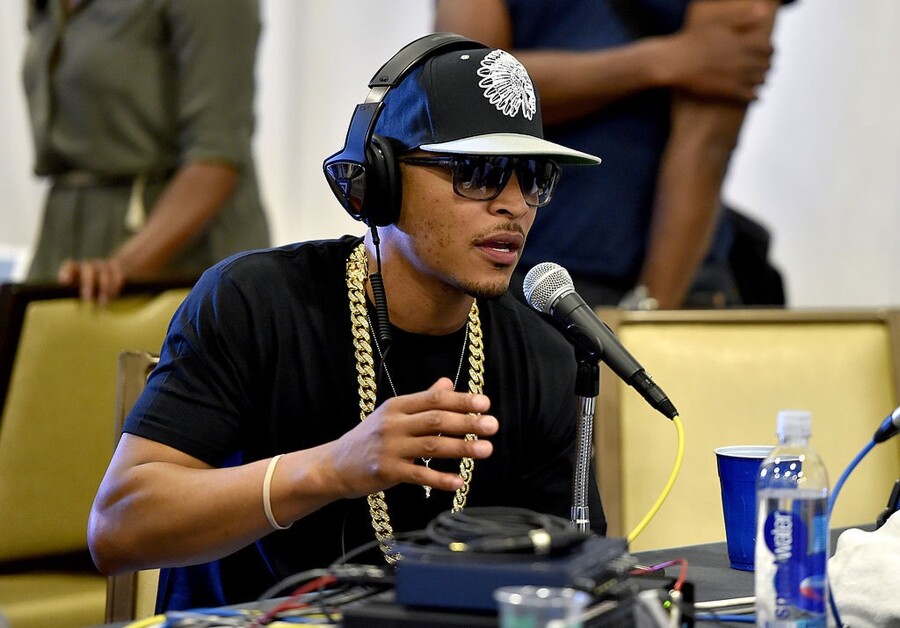 So what's happening to give T.I. mogul status? After T.I.'s 10 year deal with Atlantic records expired last month a bidding war erupted between all the biggest players in the music industry. T.I. had a good run with Atlantic, where his nine studio albums sold millions of copies. Now as a free agent, he is looking to cash in big time. Instead of seeking your typical album-only record deal, T.I. is offering the highest bidder his next three albums plus 10-20% of his touring, merchandise, acting and endorsement deals. He's also offering 100% exclusive contracts for his roster of Grand Hustle artists. A more standard contract would just cover an artist's future albums and would not include any piece of his or her non-music related deals.

The downside to these "360" or "multiple rights" deals is the artist forfeits a piece of their potential future upside action. On the other hand, successful artists like T.I. can negotiate massive chunks of money upfront with a 360 deal. The other downside is that these deals put a lot of pressure on the artist to live up to expectations. If your albums don't sell or your movies tank, your bosses will not be pleased and may even try to wiggle out of their deal. Let's not forget the massive $80 million deal that Mariah Carey signed with Virgin Records in 2000. After the Glitter fiasco, Virgin actually paid Mariah $20 million to go away. Her career was almost derailed forever but she did eventually make a full recovery. In T.I.'s specific case, he is seeking $75 million in cash up front from a record company. Sony has already offered $50 million. T.I. is still waiting to hear back from Universal, Interscope and RocNation. Dr. Dre and Jay-Z are both reportedly very eager to sign TIP to their respective labels.