Jesse Itzler has never had a resume. That might be because he started out as a frat boy rap star with the early 1990s hits "Shake It (Like a White Girl)" and "College Girls (Are Easy)," and transitioned seemingly effortlessly from one successful endeavor to the next.  From rapper to songwriter to co-founder of Marquis Jet, to running marathons, and even marrying billionaire Spanx founder Sara Blakely. Without question, Jesse Itzler throws himself into whatever he does 100%. He has had enormous success at pretty much everything he has touched which makes him a pretty fascinating fellow. He also has a net worth of $100 million.

Itzler is a self-made entrepreneur, former rapper, philanthropist, and long distance runner. He was named to the 40 Under 40 list by Crain's New York Business, and is one of ESPN's People To Watch.  He is the co-founder of Marquis Jet, the 100 Mile Group, an Emmy award winner, and a partner in Zico Coconut Water. But how did this American University grad go from frat-rapper to the $100 million man? Let's take a look. 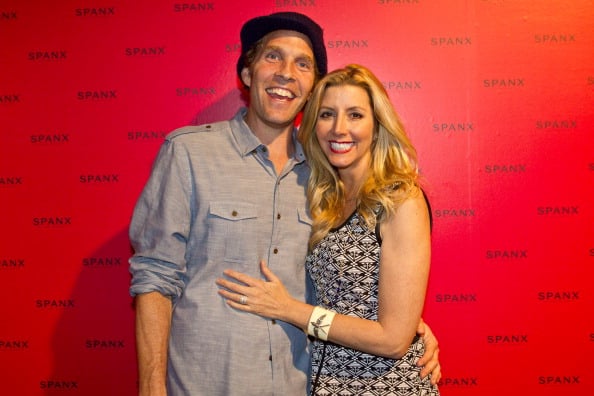 Jesse Itzler was born in 1971 in Roslyn, New York. His father Daniel is an inventor and his mother Elese is the President of the Roslyn Board of Education. Itzler attended American University on an academic scholarship and majored in justice, law, and society. He obtained his B.A. in 1990.  As graduation approached, Itzler's friends were all anxious about their futures. But not Jesse. He had a plan. He was going to make a record and be on "The Arsenio Hall Show."

Shortly after graduation, Itzler, performing under the name Jesse Jaymes, signed a record deal on the same label as then rap stars Tone Loc and Young MC. He had a hit song on the Billboard Hot 100 and video on MTV in 1991, "Shake It (Like a White Girl)." He released an album in 1992 called "Thirty Footer in Your Face."  In 1993, he won an Emmy award for penning the hit NBA song "I Love this Game." Also in 1993, Itzler wrote the rally anthem "Go New York Go" for the New York Knicks that the team still uses to this day. He was 22-years-old.

From there, Itzler plunged into his second career in sports marketing. He and friend Kenny Dichter founded Alphabet City Sports Records. In this endeavor, Itzler combined popular arena songs with play-by-play calls from team history to create best selling CDs.  He has also written, produced, and recorded original songs for more than 50 professional teams including the Los Angeles Lakers, Dallas Mavericks, and Washington Wizards. Itzler and Dichter sold Alphabet City Records and moved onto the next big thing.

Then in 2001, Itzler (alongside Dichter) decided to transition to the third stage of his career, and this one would rocket him into the stratosphere in terms of net worth.  He co-founded Marquis Jet, which leases private jets in 25-hour increments.  The company's clientele include titans of business, professional athletes, and celebrities. LeBron James and Matt Damon are among Marquis Jet's most loyal customers.  But his path to being a private jet leasing company was even unlikelier than his rap star turned sports songwriter may seem.

Itzler and Dichter started a business selling high-end weekend packages to their celebrity contacts. They specialized in things like great seats to the NBA Finals, a round of golf with a professional player, and private jet transportation to and from the event. However, they soon found that clients were calling back to book private jet alone. Marquis Jet was born. The company sells flight time in 25-hour increments on prepaid cards and uses NetJet's private fleet of aircraft. By 2007, Marquis Jet had 2,500 customers and revenues of more than $700 million. In 2010, Itzler sold Marquis Jet to Warren Buffet's Berkshire Hathaway subsidiary, NetJets.

After the sale of Marquis Jet, Itzler became a brand consultant. He was an early partner in Zico Coconut Water, which sold to Coca-Cola. He's been involved in Sheets Energy Strips with LeBron James and the app Vowch of late

In 2008, Itzler married Sara Blakely, the founder of Spanx undergarments. The couple now have three children together.

If Itzler's entrepreneurial career isn't enough, he's also an avid runner who put together a philanthropic 100-mile run in 2006. He founded "The 100 Mile Man Foundation," which has raised over $3 million to date for a variety of charitable causes including a new children's kindergarten in Israel. The foundation started with his 100-mile run in 2006 and has turned into a platform to raise money with a different 100-mile event every year. The foundation also hosted the "City to the Sand" 100-mile bike ride from New York City to the Hamptons. The event raised over $1 million for a variety of charities benefitting inner-city children.

Itzler has been running since 1992, and ran the New York City marathon every year from 1994 to 2005.  He runs 350 days a year, and at one point hired a Navy SEAL to live with him for 30 days and train him both mentally and physically. Considering that Itzler is married to the youngest female self-made billionaire, his energetic and wildly successful approach to life seems just right.

Not a bad little life so far, huh?? I'm excited to see what's next for Jesse!