By Brian Warner on January 26, 2012 in Articles › Celebrity News

Are you gonna bet on The Super Bowl? How much are you gonna bet? $50? $100? How much would you bet if you were rapper/ceo/entrepreneur Birdman? Try a cool $5 million! In case you didn't know Bryan "Birdman" Williams, also known as "Baby", is the co-founder of Cash Money Records, a very successful rapper and an entrepreneur. Cash Money Records represents artists like Lil' Wayne, Drake, Juvenile, Nicki Minaj and many more. Birdman also owns an oil company called Bronald Oil and Gas LLC. Not surprisingly Birdman is a very wealthy man with a net worth of $100 million. 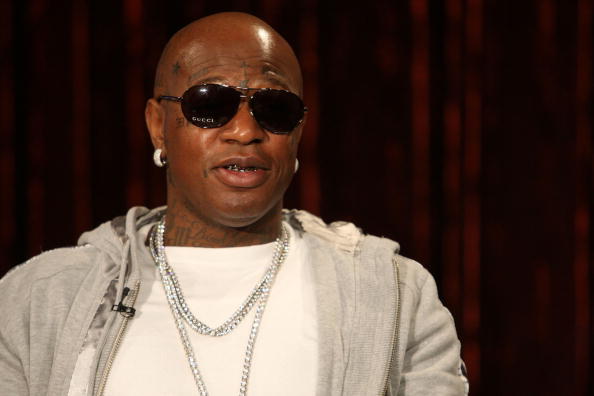 Birdman is not shy when it comes to his money. In fact he claims to wear at least $1 million worth of clothing and jewelry at all times. Including a $100,000 "grill" for his teeth. So it shouldn't be a big shocker that Baby likes to make big bets on sports. But even Birdman's biggest fans were amazed this week when he announced his intentions to place a $5 million bet on Tom Brady's Patriots to win The Superbowl Next week.

It should be noted that Birdman is not a freshmen gambler. He wagered, and lost, $2 million on the Miami Heat in the NBA finals in 2011. He wagered, and won, $1 million on last years Super Bowl champion Green Bay Packers. And finally he plans to bet $10 million on Floyd Mayweather if he ever gets the chance to fight Manny Pacquaio.

In case you haven't done the math yet, a $5 million bet out of a $100 million fortune is equal to 5% of Birdman's total net worth. Take a moment, add up the value of all the money and assets you own and then calculate what a 5% bet would be to you. For example, if you had $20,000 cash in a checking account would you be willing to bet $1000 on The Super Bowl? I don't care how good Tom Brady is, that's a lot of cheese for anyone. So what do you think of Birdman's insane bet? Would you be willing to wager 5% of your net worth on Tom Brady?