Earlier today NBA commissioner Adam Silver dropped the hammer on racist Clippers owner Donald Sterling. Sterling received a lifetime ban from all NBA events and Silver promised that the league will do "everything in its power" to force him to sell his team as soon as possible. These harsh sanctions are a reaction to an audio tape on which Donald can be heard making extremely offensive comments about black and Jewish people to a former mistress. And while I'm sure these sanctions are probably a brutal blow to Donald's ego, let's also keep in mind that there has literally never been a better time in history for him to sell the Clippers. If the league successfully forces him out, Sterling will earn a massive profit. It almost seems unfair. This is his story and what might happen next…

Donald Sterling was born on April 26, 1934 in Chicago, Illinois. His real last name is Tokowitz. When Donald was just two years old, he moved with his family from Chicago to a rough section of Los Angeles called Boyle Heights. Both of his parents were immigrants and his father supported the family with a small produce store. As a child, Donald bagged groceries at the store after school and was class President at Theodore Roosevelt High School. Despite the fact that the family was beyond dirt poor, they somehow managed to send Donald to California State University, Los Angeles for undergrad, followed by Southwestern University Law School. To help pay for Law School, Donald worked nights at a furniture store. It was at this job where Donald made the decision to change both his image and his last name. He no longer wanted to be perceived as a low class child of Jewish immigrants. From that point on, he would be known as Donald Sterling, not Donald Tokowitz. When a friend asked why he made this change, Donald explained:

"You have to name yourself after something that's really good, that people have confidence in. People want to know that you're the best."

Despite his attempt at re-inventing himself as anything other than a dirt poor child of Jewish immigrants, Donald was rejected by every prestigious law-firm in Los Angeles upon his graduation in 1960. He was therefore forced to set up shop on his own. In 1961, the newly minted Donald Sterling launched a small practice specializing in divorce and personal injury law. Later in life he would claim that he personally tried over 10,000 cases as a private lawyer. 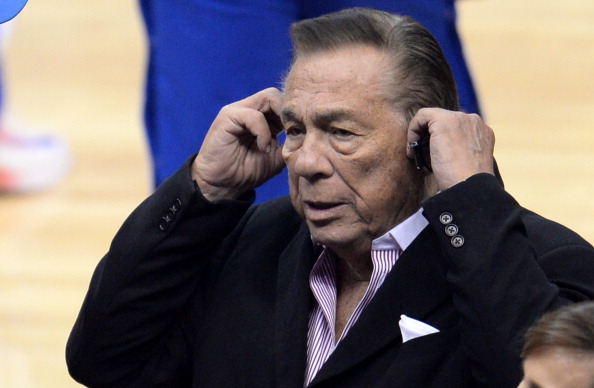 His law practice took off quickly and, in 1963, Donald used some of his savings to purchase a 26-unit apartment building in Beverly Hills. This would be his first venture into the real estate business. Through his law practice, Sterling had become friendly with the business managers of some of Hollywood's biggest stars. Through these connections, he began purchasing properties in Beverly Hills directly from stars like John Wayne, Robert Mitchum, Carol Burnett and Burt Lancaster. This was all part of a well conceived plan to further shine-up the "Sterling" name.

As chance would have it, many of Sterling's properties were acquired from future Lakers owner Jerry Buss. In fact, when Jerry purchased the Lakers, the Kings and the Forum arena for $67.5 million in 1979, he raised much of the funds by selling properties directly to Donald Sterling. Buss and Sterling were friendly rivals and Jerry is actually the one who told Donald to buy an NBA team.

Heeding his cross-town rival's advice, Donald purchased the struggling San Diego Clippers in 1981 for $12.5 million. In typical Sterling fashion, $10 million of the purchase price was paid on layaway.

In 1984, after three disastrous seasons in San Diego, Donald moved the Clippers to Los Angeles without even asking for the NBA's permission. For this transgression, the NBA tried to fine Don $25 million. He countersued the league for $100 million in damages. The NBA quickly reduced the fine to $6 million, Donald paid his parking ticket and was free to set up shop in LA.

By moving the Clippers to Los Angeles, Sterling accidentally stumbled upon a perfect formula for making money without having to win. Because the Lakers were so popular, the only way most people in LA would be able to see a professional NBA game would be to buy Clippers tickets. And by losing every year, the Clippers also earned the right to highly coveted first round draft picks who could eventually be sold off for a nice profit. The NBA itself began to explode in popularity in the late 80s and early 90s thanks to players like Michael Jordan and Magic Johnson. As an owner, Sterling was the beneficiary of massive new TV contracts that the league began to sign all over the world.

Meanwhile, outside of the NBA Sterling was just as unpopular. Over the years, he has been sued many times by current and former tenants of his apartment buildings who claim that Sterling is racist and discriminatory. A former secretary testified that Sterling made the following comments about the tenants in one of his properties:

"All the blacks in this building, they smell, they're not clean… All of the Mexicans just sit around and smoke and drink all day."

When this same secretary (who was Asian-American) made a mistake, Sterling would reportedly force her "to stand at my desk and bow my head and say, 'I'm sorry, Mr. Sterling. I'm sorry I disappointed you. I'll try to do better.'" He also forced her to set up cattle calls for "models" and massage therapists who he would invite to Clippers parties and try to sleep with. On one occasion he reportedly told the secretary:

"I want someone who will, you know, let me put it in or who will suck on it… When you pay a woman for sex, you are not together with her, you're paying her for a few moments to use her body for sex. Is it clear? Is it clear?"

Over the years, Donald has settled numerous housing discrimination lawsuits that included multi-million dollar fines. I could go on and on about this, but I think you get the picture. Donald Sterling is a giant pile of human garbage.

Thanks to this most recent incident involving racist comments made to a mistress, Donald Sterling is finally getting a long-overdue public flogging. He has been banned for life from all NBA events, he was fined $2.5 million and the league is going to do everything it can to force him to sell the Clippers. He'll never be able to strut onto center court and feel like a big shot ever again and he'll probably live out the rest of his life as a social pariah.

On the other hand, thanks to stars like Blake Griffin and Chris Paul, the Clippers have literally never been more valuable. In 2012 the team was valued at $430 million. Today, it is being reported that billionaires are already lining up to purchase the team with a starting bid of $700 million. Sports columnist Bill Simmons from Grantland.com conservatively believes there is no way The Clippers will sell for less than $1.5 – $1.75 billion. He actually said that range might even be low. Keep in mind that Sterling bought the team for $12.5 million. If they sell for $700 million, Sterling will earn a $687.5 million profit. If they sell for $1.5 billion, that will be a $1.485 billion profit. That's not a bad consolation prize for being a gigantic a$$hole.

UPDATE! On May 29, 2014 former Microsoft CEO Steve Ballmer struck a deal with Donald's estranged wife Shelly to sell The Clippers for a mind-boggling $2 billion. That's a full $1 billion more than most industry analysts predicted and $1.5 billion more than the value Forbes estimated just six months ago. This sets the record for most money ever spent to purchase an NBA team. The previous NBA price-record was set last month when the Milwaukee Bucks sold for $550 million. $2 billion is also just $100 million shy of breaking the record for highest price paid for any North American sports team. That record is held by fellow Los Angeles team, The Dodgers, which sold for $2.1 billion in 2012 to a group of investors led by Magic Johnson.  Assuming he doesn't put up a legal fight, Donald Sterling is about to earn a $1.987 billion profit windfall. That's roughly $1.3 billion after taxes. Not a bad consolation prize for being publicly exposed as a racist and ostracized from the NBA.

None of this is gonna be a slam dunk for the league. First, they need to get at least 75% of the current owners to agree to force Sterling out. If this ballot process was open, Sterling would be absolutely screwed. No owner could openly support him staying in the league at this point. If the ballot is secret, Sterling could have a chance to survive. Some of these billionaire must have a few skeletons in their own closets that might preclude them from giving a fellow owner the death sentence.

And keep in mind, as of this writing, the Clippers are still in the NBA Playoffs! How awkward will it be if they actually win the Championship? Traditionally, the team owner receives the Championship trophy and makes a big speech after the game. Obviously this won't happen for Donald. I wonder who will take his place?

What do you think should/will happen to Donald Sterling at this point? Do you think he will even care? He's 80 years old and the worst case scenario for him is that he makes a huge profit to add to his already huge coffers. On the other hand, when you're that rich, what does an extra $700 million really mean? His real loss is not being able to sit court side and act like the king of the world every week. One thing is certain though, he will not go quietly into that good night.