By Joseph Gibson on May 9, 2018 in Articles › Celebrity News

The Weinstein Company's bankruptcy filing at the end of last month was met with harsh but probably well projected scoffs from a variety of Hollywood A-listers, chief among them Quentin Tarantino. The director, who before Harvey Weinstein's fall from grace, was probably the artist most strongly associated with him and alleges that he's owed $4.5 million in back royalties from projects made with The Weinstein Company in an objection filed to the company's bankruptcy sale. 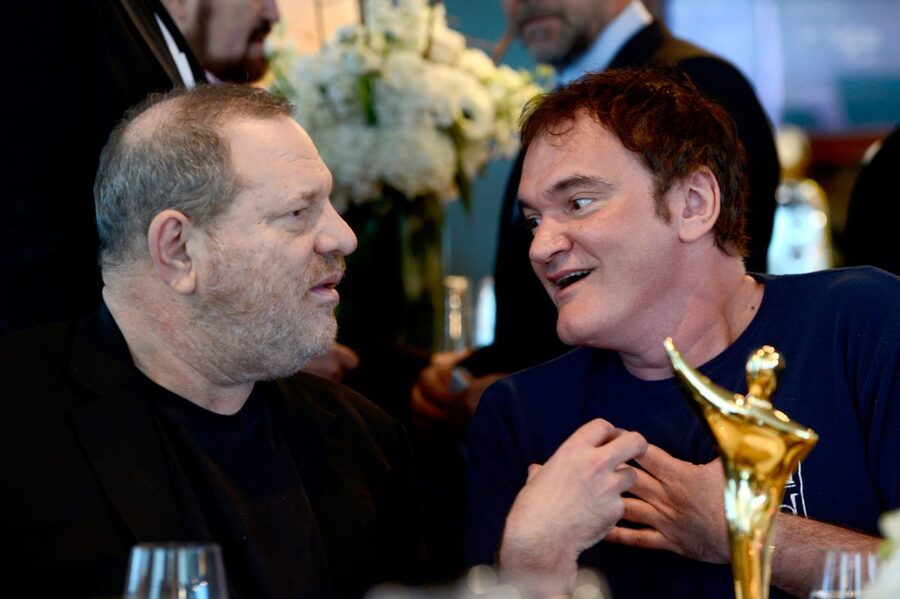 And unfortunately for everyone involved, Tarantino is not alone in alleging missing royalties from The Weinstein Company's better days. He was joined in filing objections to the company's impending bankruptcy sale by Jennifer Lawrence, Brad Pitt, Meryl Streep, George Clooney, Leonardo DiCaprio, Jake Gyllenhaal, Bill Murray, Julia Roberts, Rachel McAdams, and even author Stephen King all filed objections of their own, many with similar allegations of royalties owed.

"Lantern's bid clearly achieves the highest and best value for the estate and its creditors. We look forward to working with Lantern to close the transaction and consummate the going concern sale."

The board also says that it "regrets that it cannot undo the damage Harvey Weinstein caused, but hopes that today's events will mark a new beginning. Even as the Company heads into bankruptcy, the Company remains committed to doing whatever it can to maximize value for its creditors and, in cooperation with Attorney General, continue its pursuit of justice for any victims."