This NFL offseason has been quite eventful already. Quarterbacks like Ryan Tannehill have set franchise records for salary. Russell Wilson could possibly earn the most guaranteed money in NFL history.

But for right now, it's Cam Newton's time to get paid.

The Panthers quarterback just inked a five-year, $103 million deal to stay as the face of the franchise. The deal includes $30 million in the first year, a record-setting $67.6 million in potential earnings over the first three years, and $60 million guaranteed.

This is a huge deal for Newton, obviously, but it's also very good news for those guys like Wilson and Colts quarterback Andrew Luck, who are still looking for big paydays from their respective teams. 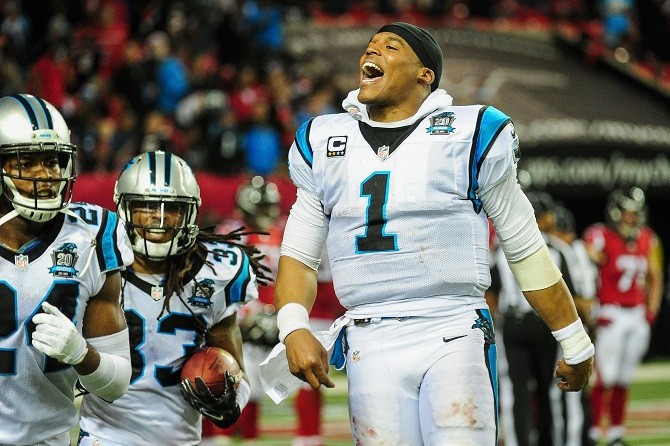 Players of Newton's caliber (and even below) have been signing very nice contracts: Aaron Rodgers has a five-year, $110 million deal with the Packers, and Jay Cutler has a seven-year $126 agreement with the Bears. Both of those guys are making less guaranteed money than Newton.

This is also an important moment for any quarterback drafted after Newton, who was taken first in the 2011 NFL Draft. That was the first year under the new collective bargaining agreement. At the time, Newton signed a four-year, $22 million contract. Just one year earlier, #1 overall pick Sam Bradford got a six-year, $78 million deal from the Rams.

QBs taken since 2011 include the aforementioned Luck and Wilson, and other guys who have shown occasional shades of brilliance, like Robert Griffin III and Nick Foles. They should all expect bigger paydays now, as Newton has set the bar for what a post-CBA quarterback can command.

The Colts are probably going to wait to sign Luck until after they exercise his option, but that might cost them even more money. It seems as if the Seahawks will do the same with Wilson. It'll be interesting to see how high the teams are willing to go. Either way, Newton should clear out his mailbox for a ton of thank you cards.