By Marvin Jules on January 31, 2017 in Articles › Celebrity News

For years, every president since Richard Nixon (except for Gerald Ford, who released a 10 year summary of his federal taxes) has released their tax returns to the public. Though the practice is by no means legally required, it is a practice that has long gone unquestioned by past commanders in chief. The practice, to some, signifies a transparency in government that is needed in order for an administration to be successful. But it appears that President Trump will be the first president in decades to fail to disclose his tax returns to the public.

Over the course of Donald Trump's campaign, he answered a bevy of questions regarding the wall he plans to build, his plan to repeal Obamacare, in addition to a variety of other questions. But there is one question that he never quite gave a straight answer to: would he release his tax returns? During his campaign, he failed to do so, and now that he is president, it appears that he still won't be doing so. According to White House adviser Kellyanne Conway, the president will not be releasing his tax returns.

"The White House response is that he's not going to release his tax returns," said Conway on ABC's "This Week." "We litigated this all through the election. People didn't care." 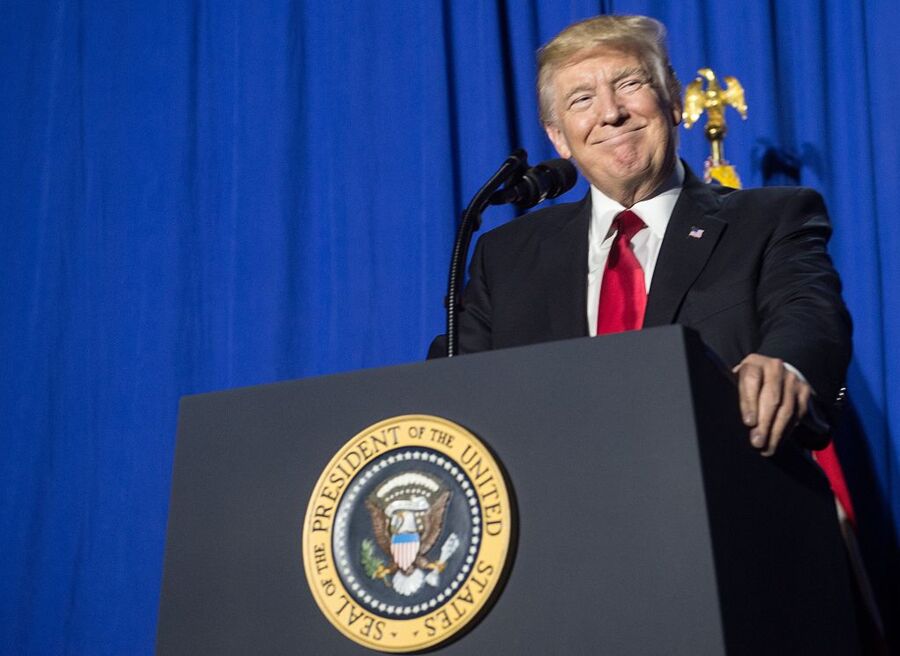 This past Monday, Conway tweeted that President Trump would not release his tax returns while he is under audit, and would not release them until the audit is completed. Despite Trump's reasoning behind releasing his returns, many tax experts have said that an audit does not restrict anyone from releasing their tax returns to the public.

There is no law that says the president has to release his tax returns, though Senator Ron Wyden of Oregon attempted to pass the Presidential Tax Transparency Act last year. The bill, which was a direct response to Trump's failure to release his tax returns, would have required all presidential candidates of major parties to submit a copy of their tax return to the Federal Election Commission. The bill failed to pass.