President Trump Resigns From Over 400 Businesses

By Marvin Jules on January 27, 2017 in Articles › Celebrity News

Last Friday, Donald J. Trump officially became the 45th President of the United States. After his win on Election Day in early November, countless people had been clamoring that the 70-year-old's impending presidency would be one big conflict of interest because of his business ties. Well, the day before his inauguration, President Trump signed a document that will help alleviate some criticism that had been coming his way.

On January 19, the day before Inauguration Day, President Trump signed a document in which he effectively resigned from the over 400 businesses that he was involved in. "I, Donald J. Trump, hereby resign from each and every office and position I hold," read the 19-page letter. White House press secretary Sean Spicer told reporters that the President's sons, Donald Jr. and Eric will be "fully in charge of the company."

During a press conference on January 11, the president stated that he would be transferring his business holding into a trust run by Donald Jr. and Eric, but some critics voiced their displeasure over his failing to sell his business holdings. They argue that though Trump himself will no longer be running the day to day operations, conflicts of interest could still come up while he is President. 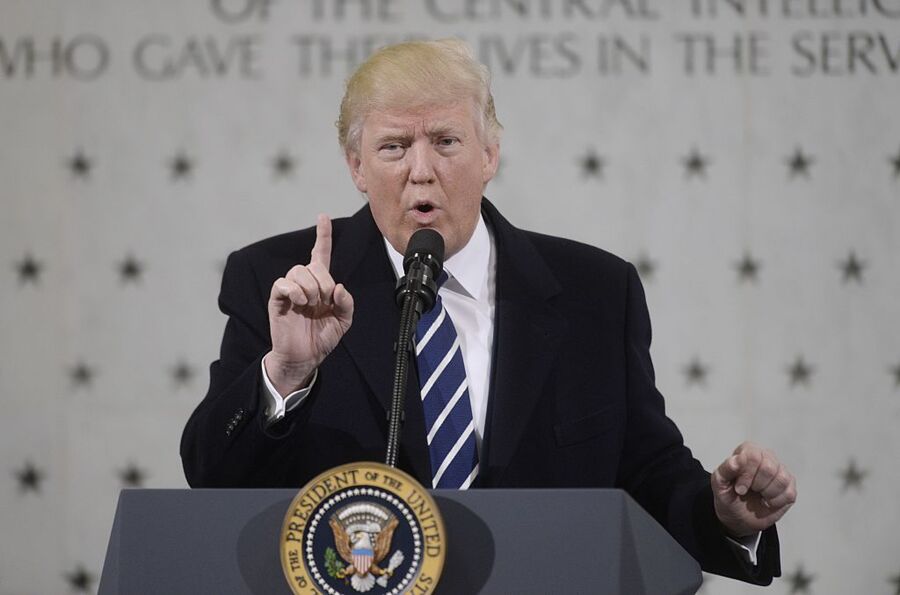 Trump's lawyer, Sheri Dillon, said during the January 11 press conference that the chief compliance officer would make sure that none of the Trump businesses take "any actions that could be perceived as exploiting the office of the presidency." Dillon also said that the President would not discuss any business with his sons, but that he would receive reports on the profits of the Trump Organization, and that Trump Organization records will be updated "in the ordinary course as and when required by law."

Interestingly enough, a government watchdog group, Citizens for Responsibility and Ethics, filed a lawsuit against the President on Monday, claiming that he violated the Constitution by not divesting from the Trump Organization and other interests which include deals that are connected to foreign governments.