Barack Obama has been living the life ever since he reverted back to private-citizen status earlier this year. Shortly after his tenure as the 44th President of the United States ended on Jan. 20, Obama was pictured kite surfing with Richard Branson in the Virgin Islands, followed by an escape to French Polynesia with his wife, Michelle. But it appears that Obama is getting back to work now, making his first public speech since leaving office at the University of Chicago last week. And now, it has been reported that he is set to make a nice chunk of change to speak at two separate events.

Former President Obama has reportedly agreed to terms for two separate speaking engagements that will net him nearly $1 million in total. The former president agreed to speak at  Cantor Fitzgerald LP's healthcare conference, which will take place in September. He will collect $400,000 after signing a contract to serve as the keynote speaker for one day at the mid-size investment firm's event. Cantor has not yet made a formal announcement regarding Obama's appearance, because they are waiting to coordinate with him. The agreement also reportedly includes a clause that would allow Obama to back out of the agreement should scheduling conflicts arise. 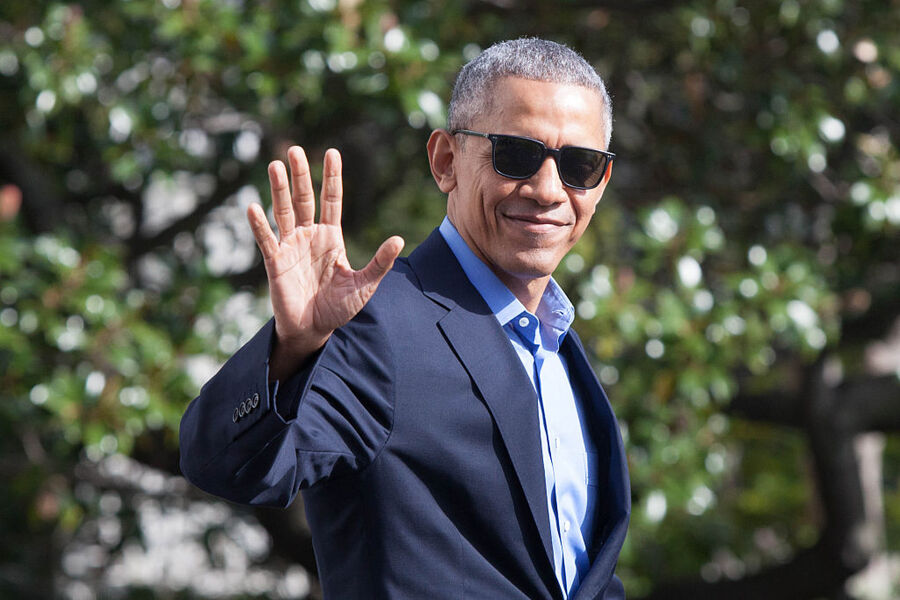 Obama will also reportedly collect a $400,000 fee from cable network A&E for a 90-minute interview session at The Pierre Hotel in Midtown Manhattan. During the interview session, he revealed that he still has not driven a car since leaving office and that the thing he misses the most about the White House is not getting to sit on the Truman Balcony during summer nights and looking at the Washington Monument and Lincoln Memorial anymore.

This means that Obama will have already doubled his presidential salary of $400,000 per year in just two speaking engagements.

Obama's speaking fees have garnered some critics, most notably Democratic Senators Elizabeth Warren and Bernie Sanders. Warren said that she was "troubled" by the big speaking fees, while Sanders stated the following, "President Obama is a friend of mine. I think he as a president represented our country with integrity and intelligence, but I think at a time when people are so frustrated with the power of Wall Street and the big money interests, I think it is unfortunate that President Obama is doing this," he said.