Post Malone Becomes An Unlikely Superstar In The Wine World

When you think about celebrities most likely to use their notoriety and fame to market a rosé, rapper and singer-songwriter Post Malone may not be the first person to come to mind. But he's nevertheless been very successful in the launch of Maison No. 9, a rosé that reportedly sold 50,000 units in just 48 hours, and now his wine business has been the subject of a profile in no less than the Wall Street Journal.

Unlike a lot of celebrities in the liquor business, Malone has been hands-on with this project from the beginning. He designed the distinctive glass topper found in every bottle, he collaborated with winemaker Alexis Cornu on the rosé's blend, and he even came up with the name: a reference, he says, to a tarot card deck's nine of swords, a symbol for anxiety. Maison No. 9, in turn, becomes a tribute to the way Malone has found wine an invaluable tonic for his own personal anxieties:

"As soon as I got old enough, I tried wine and I was like, This is helpful to me; it tastes good and it makes me feel happy." 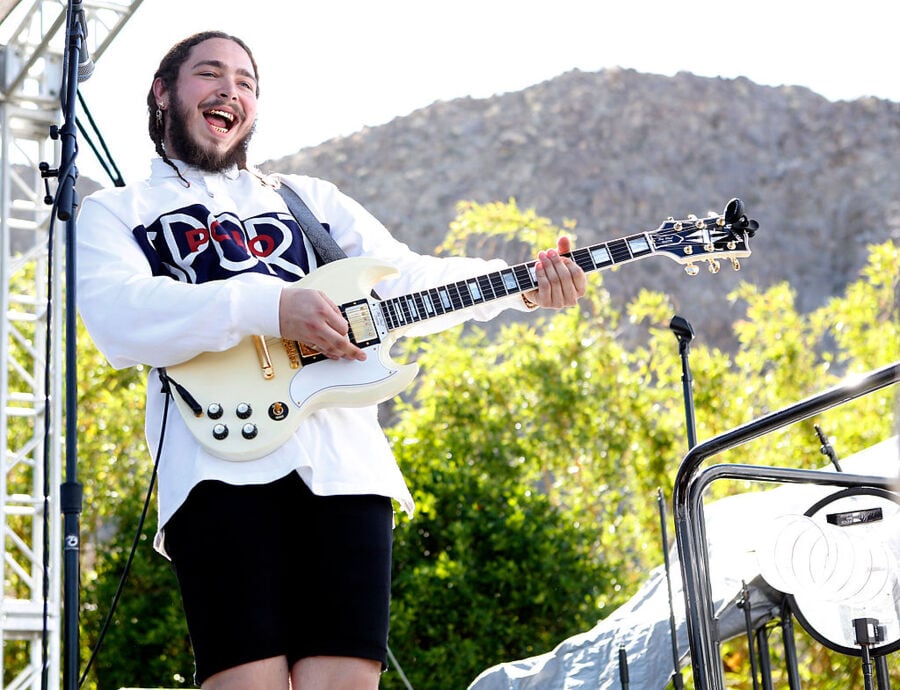 Malone also spoke on his straightforward ambitions in the wine business:

"I've loved wine for a minute now. And Dre [London] and I were talking and we said, Why not make our own deal and see how it goes? We flew to Provence [France] and picked the grapes and made the blend and everything. And I said, This is something that I really, really like. I'm so blessed and happy that we're crushing it the way that we are. We're trying to make an empire so that we can drink for free and our kids can eat forever."

Fans of Post Malone might have gotten a look at Maison No. 9 before anyone else. Three weeks before the launch of the rosé, Malone performed a livestreamed, 80-minute set of Nirvana covers to raise money for the UN Foundation's COVID-19 Solidarity Response Fund for the World Health Organization. In the background behind Malone, bottles of Maison No. 9 were visible to attentive viewers, and like the subsequent launch the concert was a huge success, raising some $1 million for the fund.