Phil Collins Says His Miami Mansion Is Under "Armed Occupation" By His Ex-Wife, Who Wants $20 Million To Leave

By Joseph Gibson on October 26, 2020 in Articles › Celebrity News

Celebrity divorces can often be contentious, especially when there's a lot of money at stake. But how often do you get to read the words "armed occupation" in a story about a famous face's divorce? The answer right now is "at least once," since that's the phrase that a court document filed by rock legend Phil Collins uses in seeking an injunction against his ex-wife, as reported by the Miami Herald.

The story is that Collins's ex-wife Orianne Cevey, who was originally divorced from Collins back in 2008 with a reported settlement worth almost $47 million before the two reconciled in 2016, broke up with him via text message in August of this year. Shortly after, she got married to someone else (also a musician) in Las Vegas, then the two moved into the $33 million mansion in Miami that once belonged to Phil and Orianne during happier days.

According to the legal filing, the newlyweds are "threatening, implicitly and explicitly, to prolong their unlawful occupation of the property through force," which is why Collins is looking for a judge to force them out of the house:

"An injunction is urgently needed to end an armed occupation and takeover of the Phil Collins home by his ex girlfriend and her new husband, the defendants in the action." 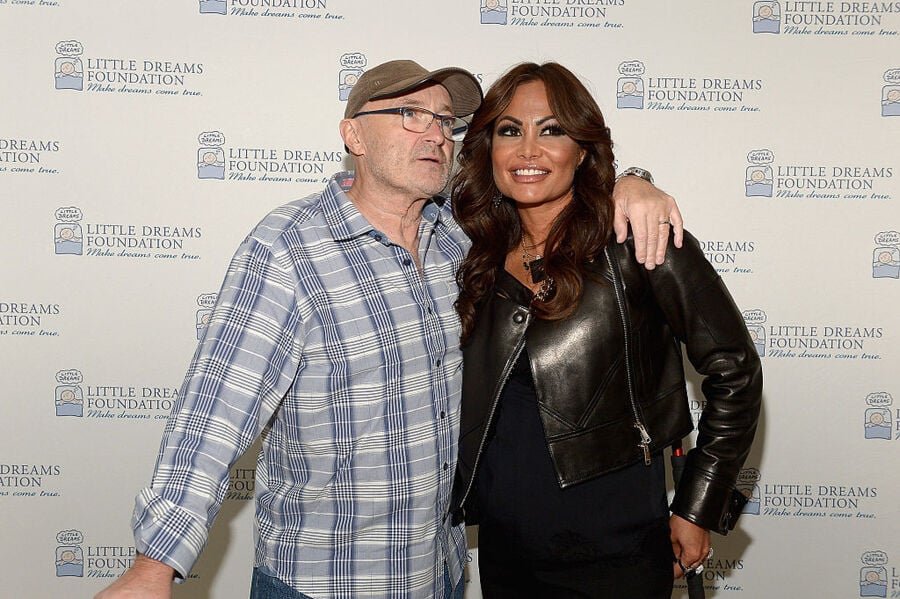 Collins says the mansion is his free and clear, despite the armed security force his ex is said to have hired on the property. And, he says, he isn't just concerned about the mansion itself but also the memorabilia stored within, as he says in the court documents that there's "substantial risk that Mrs. Bates or Mr. Bates or their agents will remove, conceal or destroy valuable and irreplaceable personal property." That includes Phil's famous collection of items relating to the historical Battle of the Alamo, which is itself said to be valued at an estimated $15 million.

A Zoom-facilitated court hearing followed, and Vanity Fair reports that Cevey  "filed a counterclaim seeking approximately $20 million," claiming an ownership stake in the mansion, contrary to Collins's own claims. A new hearing was called for by the presiding judge, while Collins's Jeff Fisher called the counterclaim a transparent ploy to slow the legal proceedings down in lieu of an actual leg to stand on:

"This is an absolute fabrication, it's transparent. Lawyer number three, story number four. And so, the issue really is, do they get to, through gamesmanship, deprive somebody of their home? While she has another home?"

That other home is a reported $1.7 million property located in Las Vegas, where Cevey is said to have purchased it back in December of 2019, several months before that breakup text in August.