Baseball legend Pete Rose is infamous for his gambling on baseball games while he was manager of the Cincinnati Reds in the 1980s. The investigation by the MLB resulted in a lifetime ban from Major League Baseball, but according to at least one source – Rose's estranged wife Carol – he's yet to kick the habit. In recently filed documents pertaining to divorce proceedings that began way back in 2011, Carol alleges that Rose continues to be a "high stake gambler" and owes huge amounts of money to both various casinos and the Internal Revenue Service.

As a result, the filing says, Rose has allegedly failed to pay support by his deadlines despite earning an estimated $1.2 million per year, most of which stems from personal appearance fees and sales of autographed merchandise. Pete himself also made a filing of his own in March of this year, claiming Carol was being "unreasonable" in seeking out a settlement and that they have actually been separated since 2009. That was when Pete proposed to "longtime girlfriend" Kiana Kim, who you may remember from the short-lived TLC reality series Pete Rose: Hits & Mrs. That filing claims that the protracted divorce proceedings (which, back in 2011, were originally begun by him) are putting a strain on him:

"The petitioner (Pete Rose) is 77 years old and maintaining the status quo is causing both parties emotional strain and pressure." 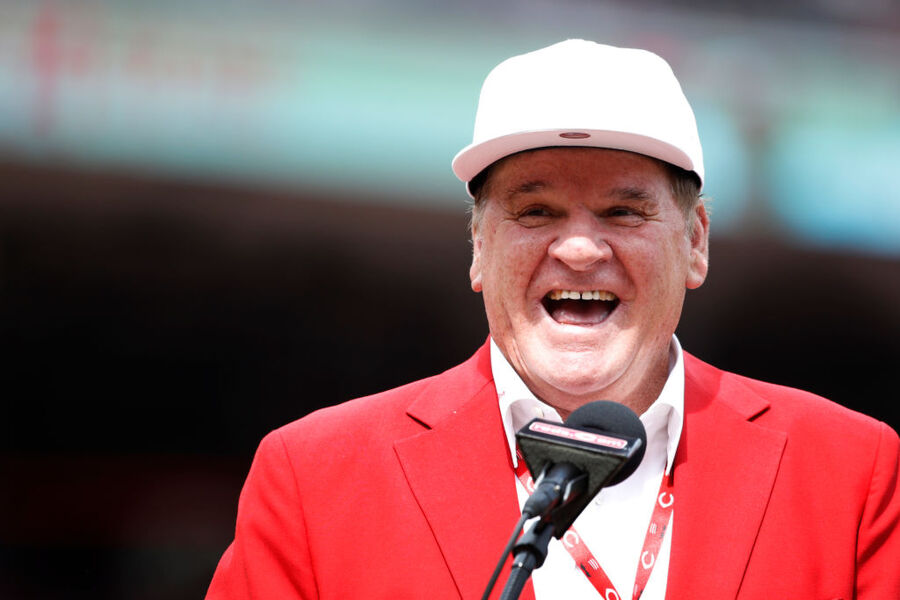 For Pete Rose's part, he doesn't deny being in substantial debt, but does dispute Carol's characterization of the debt, telling TMZ "I have NO gambling debts," and that the bulk of his debt is to the IRS to the tune of about a million dollars, which he says he's paying off in installments of twenty grand a month. He also says her estimate of his income is incorrect, and that he only makes around $54,000 a month rather than $100,000, and that he sends another $20,000 to her in order to fulfill his support requirements.

According to TMZ, Carol is seeking a "proper settlement" so the marriage between Pete and Carol Rose can finally come to an end. She says Pete is making at least $100,000 a month for his signing appearances, and she wants a full accounting of his finances before the court in order to reach that settlement. Hopefully, some agreeable arrangement can at long last be reached by these two parties before too long.