By Brian Warner on August 7, 2016 in Articles › Celebrity News

It took a couple decades, but politicians around the world are finally starting to figure out that hosting the Olympics is a huge waste of money. The long standing theory is that hosting the Olympics can instantly turn a sleepy (or struggling) city into a bustling economic powerhouse for years to come. Investing billions of dollars to build stadiums, hotels, attractions, ski slopes, airports etc… is a surefire way to transform Sarajevo into Manhattan, practically overnight. Unfortunately, this theory has been proven false over and over and over again. To the point where the International Olympic Committee (IOC), which is usually overwhelmed with suitors for upcoming games, was actually getting desperate to find a decent host for 2022.

Fun fact: Russia spent $51 billion of taxpayer money to fund the 2014 Sochi Winter Olympic Games. Vladimir Putin was convinced that after the world experienced the wonders of what Sochi had to offer, the entire region would instantly become the must-visit hot spot for jet setters, action sports junkies and international tourists. A mere six months later, Sochi is a veritable ghost town. Actually, it's so bad that ghosts wouldn't even visit.

That's $51 billion dollars flushed down the toilet. And speaking of Sochi toilets, remember those?

Sochi is just the latest and most egregious example of the Olympics being a huge waste of money. Yet despite this fact, the International Olympic Committee is almost permanently inundated with politicians lining up to make their country the next victim. The good news is, SOME politicians are starting to understand logic. The most recent and encouraging example happened this week when Norway withdrew Oslo completely from the 2022 Winter games.

The IOC was "shocked" and "outraged" when Norway withdrew. This move left the Committee with two remaining host city options: Almaty, Kazakhstan and Beijing, China. Neither of which scored well on the IOC's internal grading system for potential host cities. Beijing ended up wining.

Fun fact #2: Every single potential 2022 host city that was located in a democratically elected country, eventually withdrew from the running. How will it look if from now on, if the only cities that volunteer to host the Olympics are located in autocratic governments and dictatorships?

Fun fact #3: The IOC is more of a diva than Mariah Carey. A Norwegian news site called VG.no released a list of the demands that Oslo would have been required to fulfill had they been "lucky" enough for the IOC to grace the city with their presence. Here are just a few of the highlights from the 7000 page document:

1) The hotel reserved for IOC members must be rated 4 or 5 stars and must offer a hot breakfast buffet and 24 hour room service.

2) The IOC hotel must have a special members-only lounge.

3) All IOC members get a plus one invite to all Olympic games and events and free private cars driven by people fluent in English and French.

4) The hotel must feature (or have a free offsite alternative) for swimming, sauna and fitness.

5) "IOC members must be greeted by "smiling, positive, and welcoming staff" at the airport".

The IOC is like 35-year old woman who after suddenly becoming single, thinks its ok to to act like she's still a super-hot 25 year old. What do you mean no one will buy me a shot?! Why are the only guys who respond to my Match.com profile fat, ugly 50 years olds??!! Did you know that food at fancy restaurants actually costs money? When did this happen???? 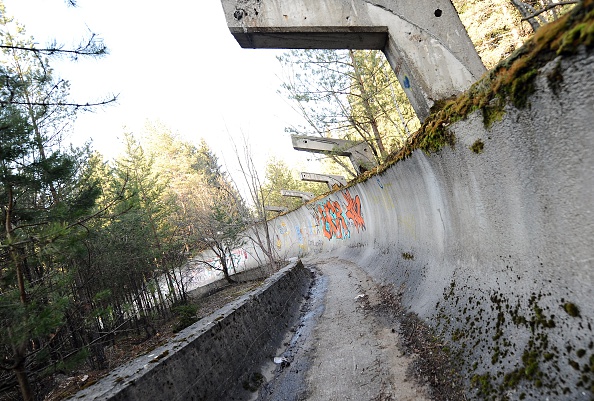 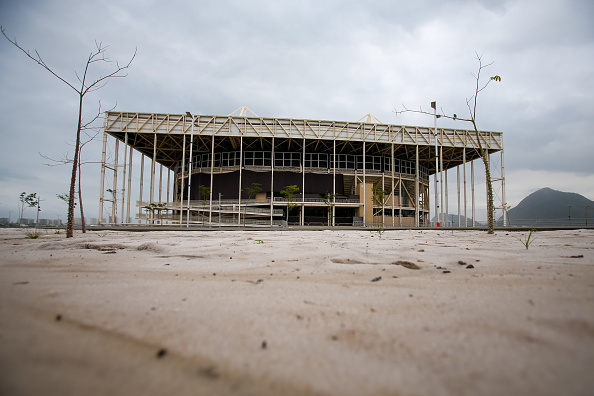 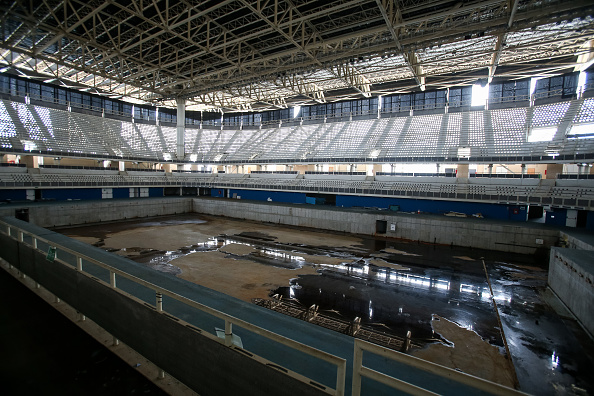 Buda Mendes/Getty Images)
Did we make a mistake?
Submit a correction suggestion and help us fix it!
Submit a Correction