By Joseph Gibson on January 29, 2018 in Articles › Celebrity News

Rock bands are always playing concerts for various causes, but sometimes it's hard to say how much of a concrete effect that can have on the cause in question. So it's cool to find out that Pearl Jam isn't just playing two shows in Seattle for the cause of "raising funds and building partnerships to help alleviate Seattle-area homelessness," but also kicking in a million dollars to Seattle homelessness to boot.

The Stranger reports that on August 8th and August 10th, Pearl Jam will perform at Safeco Field for the cause of alleviating homelessness in Seattle, followed by a donation of "at least" a million dollars to some to-be-determined aspect of that multifaceted problem. Seattle Mayor Jenny Durkan issued an enthusiastic statement about Pearl Jam's efforts:

"We must have everyone in the fight to solve homelessness including our local government, caring philanthropists, community organizations, individuals, and artists." 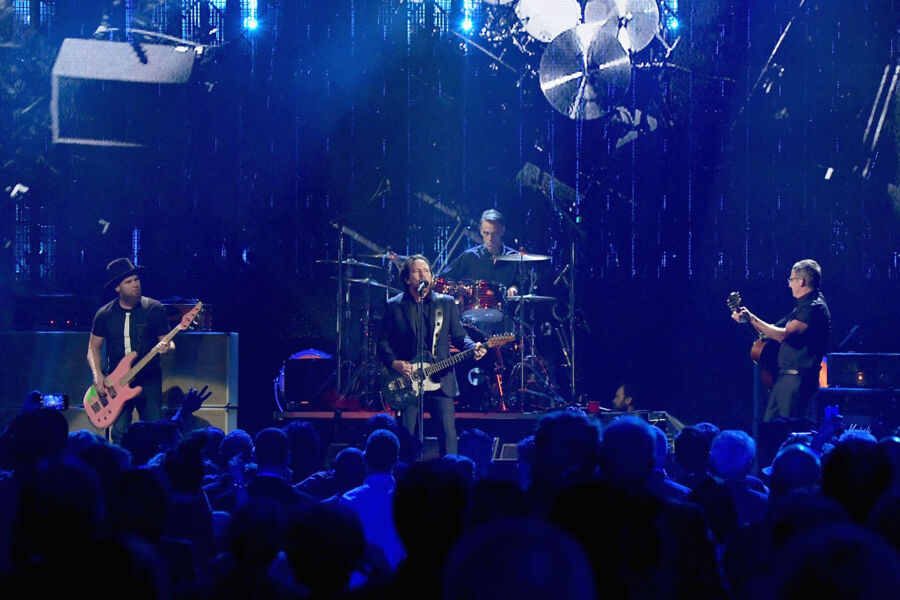 The band also released a statement of its own about the pledge, imploring their fans to join in on the action if possible:

Seattle has about 8,500 homeless individuals by last count, out of a total of around 11,600 in surrounding King County. Contrary to the old canard about the homeless "choosing to be homeless," a recent survey of Seattle homeless found that 93 percent would move indoors if appropriate space were available. According to one analysis, the city will need almost 30,000 new units of affordable housing by 2030 to accommodate the growing population of the city, which means that efforts like Pearl Jam's are increasingly important as the years go on.

Tickets for the concerts, known together as The Home Shows, are slated to go on sale soon.