The world of big-dollar contractual agreements can sometimes create somewhat morbid byproducts and loopholes and one example of this idea can be found in the contract between the recently deceased Aaron Hernandez and his former football team, the New England Patriots. CBS Boston reports that in 2013, when Hernandez was arrested for the murder of Odin Lloyd, Hernandez forfeited a salary bonus to the tune of $3.5 million. Now, in the wake of his suicide, his conviction for Lloyd's murder is likely to be vacated means that the Patriots might be contractually obligated to pay that $3.5 million to Hernandez's estate.

Other parties involved in this are the families of Safiro Furtado and Daniel de Abreu. Hernandez was acquitted of the murders of Furtado and de Abreu only last week, but attorney William Kennedy has filed a joint wrongful death suit against the Hernandez estate on behalf of the two families, and he told CBS Boston that the $3.5 million bonus could be in play in that lawsuit:

"At the time of his original arrest in the Odin Lloyd case, my understanding was that there was a $3.5 million bonus that we've made a subject of an action in the Superior Court. We got a commitment from the Patriots that before any of that payment would be made they would notify the court to give us a chance to deal with that." 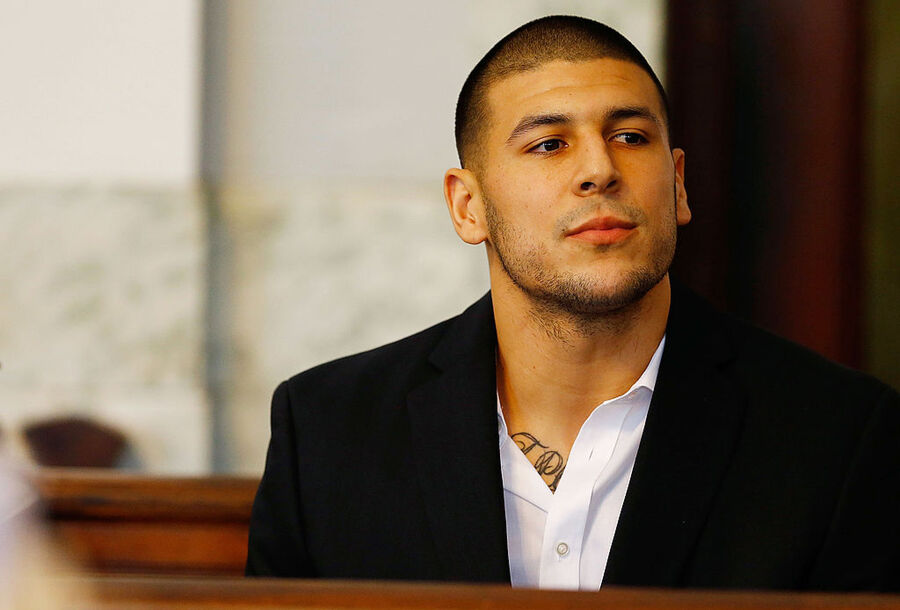 Additionally, the family of Odin Lloyd, including his mother Ursula Ward, recently told reporters that the Patriots should voluntarily pay for damages stemming from their wrongful death suit, which could amount to still more millions of dollars. Closure is always the goal in complicated legal situations like this, but according to Ward such a thing may not be possible:

"I lost my best friend. I lost my son. I lost the love of my life. There's no amount of money in the world that can bring Odin back. None."

As of this writing, the New England Patriots have not made any public statements on the matter.