By Marvin Jules on December 15, 2017 in Articles › Celebrity News

President Trump is without a doubt one of the most polarizing figures in recent history. A day rarely goes by where the 45th President doesn't find himself embroiled in some sort of controversy, and last week was no different. But instead of his usual foes; fellow politicians or professional sports leagues, the president found himself in a conflict involving one of the popular outdoor clothing brands in the United States.

Last week, President Trump made headlines after he removed federal protections of Bear Ears National Monument and Grand Staircase-Escalante National Monument, which would significantly shrink the size of the two Utah national momuments, Bear Ears and Grand Escalante-Staircase. Trump's move was the largest rollback of public-land protections in U.S history; taking Bear Ears' 1.3 million acres of land and shrinking it to 220,000 acres, and nearly halving the size of Grand Staircase-Escalante to one million acres.

The move was met with vitriol from a variety of American Indian tribes, including the Hopi Tribe, Navajo Nation, Ute Indian Tribe, Ute Mountain Ute Tribe and Zuni Tribe, all who claim that the president does not have the right to modify a monument, as a result of the Antiquities Act of 1906.

Patagonia, one of the most popular outdoor clothing brands in the United States, also took a stand in opposition of President Trump's decision. Last week, the brand posted a message on its website that read "The President Stole Your Land." The company also joined a number of lawsuits filed to fight Trump's order. 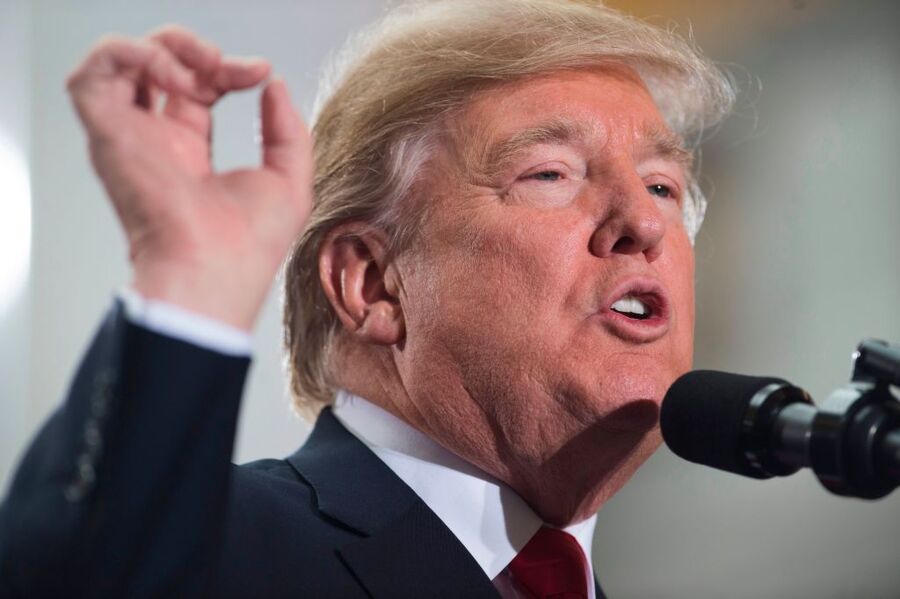 The government hit back just a few days later, when the official Twitter account of the House Committee on Natural Resources tweeted out the message "Patagonia Is Lying To You," and claimed that Patagonia's goal is to "[hijack] our public lands debate to sell more products to wealthy elitist urban dwellers from New York to San Francisco." Interior Secretary Robert Zinke also took shots at the California-based brand, after he saying that Patagonia was made in China on a press call and accusing the company of lying and using Trump's decision as a platform to advance its own agenda.

Patagonia hit back in a tweet that read "It's odd that @SecretaryZinke has no problem with special interests when they're paying for his private jets. We have been fighting for these lands for decades, so that hunters, fisherman, hikers and everyone else can use them and help us protect them." Zinke used a private jet to fly to a Las Vegas Golden Knights game earlier this year, a move that costed taxpayers $12,375.

Patagonia has put money into Bear Ears ever since Barack Obama designated the site as a monument last December, and threatened to sue the Trump administration earlier this year if it modified Bear Ears, and has donated over $89 million to environmental groups according to a lawsuit filed last week which includes Patagonia Works, Utah Diné Bikeyah, Friends of Cedar Mesa, Archaeology Southwest, Conservation Lands Foundation, Access Fund the Society for Vertebrae Paleontology, and the National Trust for Historic Preservation.