Paris Hilton's Little Brother Sounds Like A Spoiled Piece Of Crap–Shocking, I Know

By Brian Warner on February 4, 2015 in Articles › Celebrity News

Yesterday, Paris Hilton's youngest brother Conrad appeared in a Los Angeles court to face charges that he is a spoiled piece of crap, with no appreciation for the sperm lottery he won 20 years ago. OK, so the charges are actually related to causing a disturbance on a transatlantic flight, but after you read what went down, I'm confident you'll agree with my "piece of crap" sentiment…

According to multiple witnesses, Conrad Hilton III went totally insane on a flight from London to Los Angeles last July. Witnesses reported he was screaming at the flight attendants and fellow passengers throughout the flight. He made such a disturbance that children began crying. When fellow passengers attempted to restrain him, he reportedly launched into a horrendous tirade that included the following gems:

"If you wanna square up to me bro, then bring it and I will fucking fight you."

"I will fucking rip through you."

"I am going to fucking kill you."

"I will fucking own anyone on this flight. They are fucking peasants."

"I could get you all fired in 5 minutes. I know your boss!" 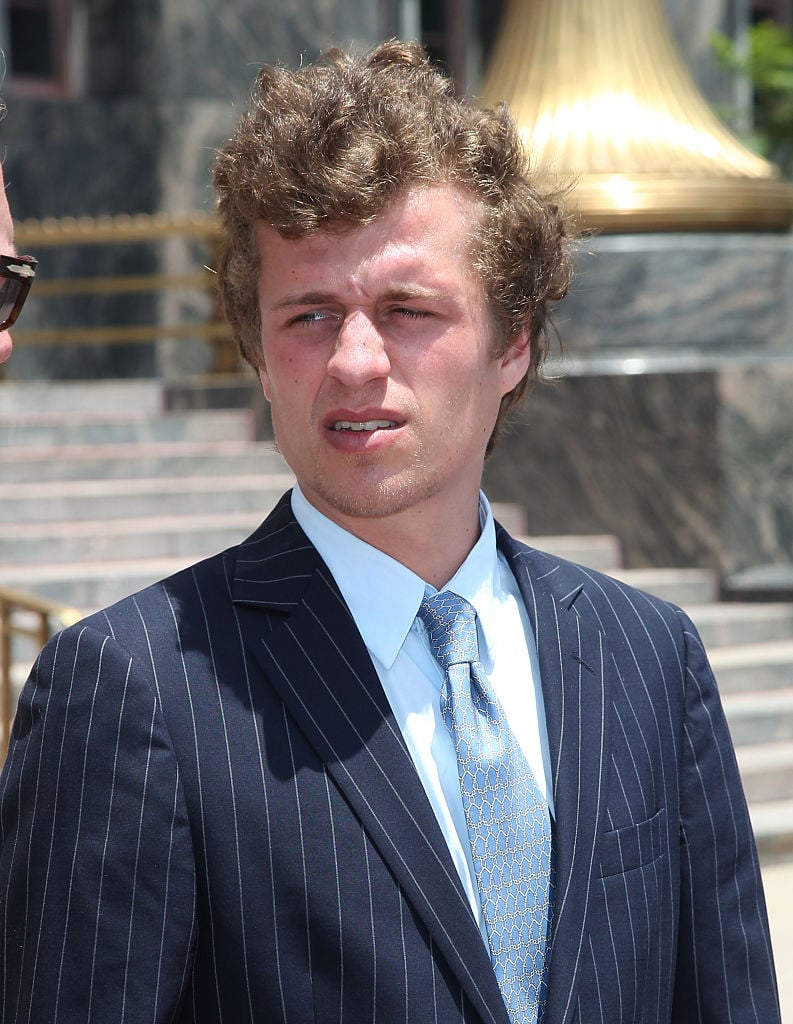 At one point, Conrad could be seen "ferociously punching the bulkhead of the plane, just ten centimeters from a flight attendant's face." Witnesses also smelled marijuana smoke coming out of the bathroom Conrad was using. When he finally fell asleep, the captain instructed attendants to confine the little brat to his seat with handcuffs.

His attorney, Robert Shapiro, claims that Conrad was upset from going through a recent breakup and having a bad reaction to a sleeping pill. Soon after the July incident, Conrad entered a 30-day rehab center. Shapiro claims his client is a totally different person today. Though as they were leaving the courthouse yesterday, Conrad screamed "you're a scumbag!!!" at a photographer.

It's so weird. All I want is to be insanely rich someday. But I would be so angry if I pulled that off and ended up having spoiled little brat kids. If I ever make $100 million from CelebrityNetWorth, I'm gonna live like I only made $10 million. You know, be humble about it 🙂