By Marvin Jules on December 28, 2017 in Articles › Celebrity News

On NFL Sundays, it seems as if you're just as likely to see a Papa John's pizza commercial as you are to see a touchdown pass. Papa John's, which has been the official pizza of the NFL since 2010, leverages its relationship with the NFL by using an All-Star cast of NFL superstars, including JJ Watt and retired quarterback Peyton Manning, to promote its pizza. The founder and CEO of Papa John's, "Papa" John Schnatter, also plays an integral part in many of the restaurant's commercials, often saying the tagline, "Better ingredients, better pizza, Papa John's." But we likely won't be seeing Schnatter in any more of the restaurant's commercials for the foreseeable future, because he has stepped down from his chief executive position.

In a press release put out on Thursday, Papa John's announced that John Schnatter, who founded the restaurant chain in 1984, has stepped down as the CEO of the company, effective Jan 1. Schnatter, who will remain the chairman of the company, will be replaced by Steve Ritchie, who currently serves as the company's chief operating officer. Papa John's gave no reason for the change in leadership in the press release, but the move comes in the wake of critical comments made by Schnatter earlier this year in which he claimed that the national anthem protests made by NFL players, combined with the NFL's "poor leadership," were hurting his company's sales.

During a conference call with the NFL, Schnatter said "The NFL has hurt us by not resolving the current debacle to the players' and owners' satisfaction … NFL leadership has hurt Papa John's shareholders … Leadership starts at the top, and this is an example of poor leadership." 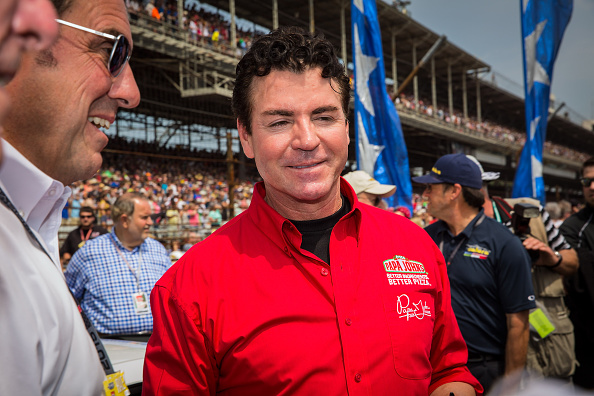 Schnatter and Papa John's experienced major public backlash on social media after the 56-year-old's comments were made public, with many accusing Schnatter's comments as being tone-deaf and unsympathetic to the reason as to why players were kneeling during the national anthem.

Roughly 2 weeks after Schnatter's comments, Papa John's tweeted out an apology that read, "The statements made on our earnings call were describing the factors that impact our business and we sincerely apologize to anyone that thought they were divisive. That definitely was not our intention," the tweet read.

In subsequent tweets, the pizza chain said that they "believe in the right to protest inequality and support the players' movement to create a platform for change," but that "as Americans, we should honor our anthem."

Papa John's has been struggling as of recent. The stock price has fallen more than 30 percent in 2017 alone.