Papa John's CEO Says He Owes Someone $16,000 Worth Of Pizza For A Very Interesting Reason

By Joseph Gibson on January 8, 2016 in Articles › Celebrity News

It has been said that behind every fortune is a crime, but in the case of "Papa" John Schnatter's nationwide $2.2 billion pizza delivery joint, the "crime" was an inadvertent one, and one that Schnatter would happily make the proper amends for if he could only find the person who helped him out with the business many years ago.

As the story goes, back when Schnatter was a college student at Ball State University, he first got the idea of opening his own pizza place while working at one, but his parents weren't keen on the idea of him dropping out of college. So instead, he did what millions of other college kids have done – he dreamed. He came up with an entire business plan, from the layout of his stores to the ingredients he'd use in his pizzas. But he got stuck in a couple of crucial areas: the name of his business, and the logo. At the time he lived down the hall from a fellow student majoring in marketing, who ended up having a much bigger effect on Schnatter's life than either man could have realized. Here's Schnatter, from a recent interview with Business Insider during which he told the story:

"So I went up to him and said, 'Hey, I need a name and a logo for this concept' and he came back to me three days later with both. And I actually really liked the way the logo looked, and thought the name was pretty clever. So I said to him, 'Listen, if this ever goes big, I will give you a pizza a week for the rest of your life.'" 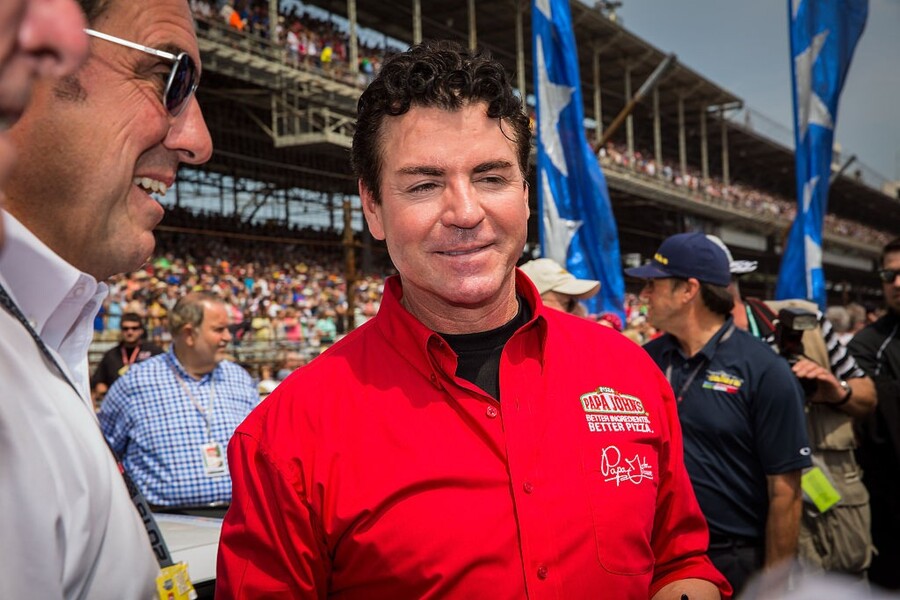 Normally, that would be the end of the story, but as luck (and pizza history) would have it, Schnatter went on to implement all of his ideas, along with his generous benefactor's, in making his pizza dreams a reality. He sold his car for $2,800 and used a little more than half of the proceeds to buy some used pizza-making equipment, and in a few years' time his business grew and grew, eventually into the massive behemoth that we all know today, along with a $600 million personal fortune for Schnatter. But Schnatter hasn't been able to make good on his promise:

"Now that we've been in business for 32 years, I owe someone $16,000 worth of free pizza. But he's never come forward and I don't know his name or how to find him. All I know is that he was from Chicago — and that I owe him good."

Hopefully, the author of the Papa John's name and logo is doing well enough on his own terms not to come forward and claim his lifetime supply of Papa John's pizza. But you know who really deserves a raise? Whoever invented that garlic butter sauce that comes with the Papa John's pizza, that stuff is addictive.