By Joseph Gibson on August 12, 2018 in Articles › Celebrity News

The pizza mogul known as "Papa John" Schnatter has recently had a string of PR troubles: his most recent exploit was to be ousted by his own company after he reportedly used the N-word in a company conference call. He's now in what CNBC calls a "bitter feud" with the pizza chain that bears his name, suing the company after its board of directors kicked him out, and he recently told the channel that he has "no confidence" in the company's current management: 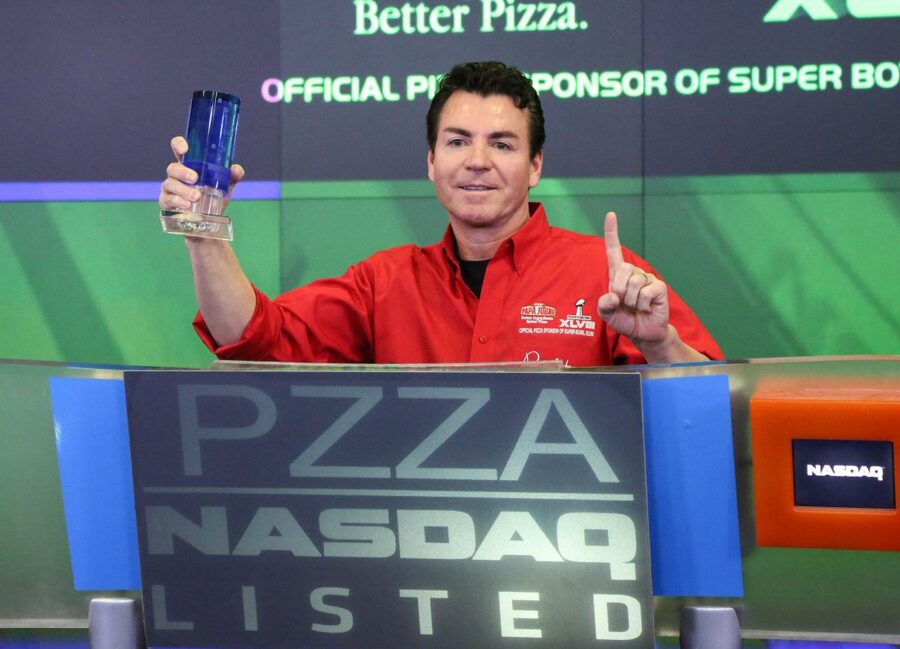 That includes Papa John's new CEO Steve Ritchie, who took over the position in January, even though Ritchie was handpicked by Schnatter as his successor following his exit as CEO in November. Now, Schnatter says that was a mistake, and that Ritchie has been promoted over his head:

"I like Steve as a person. I don't like, of course, the way he's gone about this. I think he's been harsh, I think he's been cruel … Throwing the founder on the street isn't healthy for anybody … One of my biggest limitations is that I have a tendency to over-promote, and I think that's what I did with Steve."

Schnatter stepped down as CEO in November of last year, following controversial comments blaming NFL player protests for the pizza chain's flagging sales. But it was the N-word bombshell that really did him in, causing his company to take the drastic steps of stripping Schnatter of his "Founders Agreement," removing his once ubiquitous likeness from all Papa John's marketing materials, and barring him from the company's Louisville headquarters. Despite all that, Schnatter still holds a seat on the company's board of directors, and doesn't plan on leaving:

"I am principal shareholder, I'm the founder and I'm a director, so I have plenty of say in what goes on and what doesn't go on."

Schnatter still owns some 30 percent of Papa John's. His series of public relations disasters have taken him from a high point in January of 2017, when he became a "paper billionaire" thanks to the company's stock peak at $84 a share, to a net worth of about $500 million and a recent all-time low stock price of $41 a share. In their most recent quarterly report, the company announced that same store comparable sales were down 10% in July 2018, most likely due to the company's controversies.