For those of you who are keeping score, Pamela Anderson was married to Tommy lee from 1995-1998, then Kid Rock from 2006-2007, and then Rick Salomon from 2007-2008. In case you've never heard of Rick, he's a professional poker player who is probably most famous for being the guy in Paris Hilton's infamous sex tape, 1 Night in Paris. Before his Paris Hilton cameo, Salomon was married to a voice actress named Elizabeth Daily from 1995 to 2000, and was then engaged to 90210 actress Shannen Doherty for nine months in 2002. But Pamela has really been the love of Rick's life. So much so that he re-married the Baywatch babe in January 2014. So how's re-married life treating Rick and Pam? Not so well.

Last month, Pam filed for divorce in Los Angeles citing irreconcilable differences. A few days later, Rick filed his own legal documents in which he claimed that the marriage should be nullified because of deception or fraud. Rick further filed a claim that the annulment should take place in the state of Nevada (his purported primary state of residence) and that the judge should rule that there is no community property.

This week we learned a little more about how Pam defrauded him… and it's kind of insane. Rick claims the marriage should be annulled because Pam is a "serial baby killer" who begged him to impregnate her. And then when he did, she terminated the pregnancy. As if this wasn't crazy enough, Rick further claims that Pam did the exact same thing to Kid Rock, TWICE.

For her part, Pam claims that Rick tried to smother her with a pillow and strangle her while they were having sex this past January. She also claims that he becomes emotionally abusive after he loses poker games, calling her things like "crack whore," "slut" and "ugly old bitch." 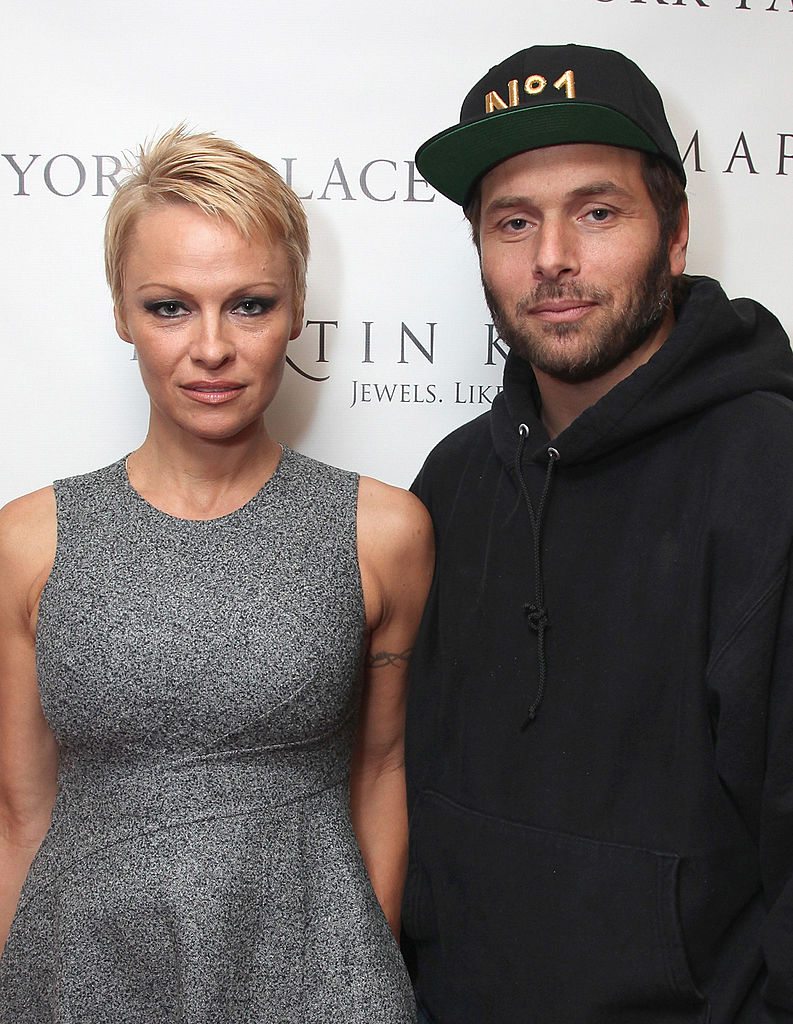 And as if this case wasn't crazy enough already, insanity levels just went up another big notch.

As we mentioned previously, Rick is trying to make the case that he is a Nevada resident, and that since the marriage was based on fraud, there's no community property to separate. This is important for a couple reasons. First, if Rick can get the marriage annulled, he won't have to give up any of his substantial poker winnings from 2014. Despite what you may think, Pam isn't exactly bringing in the big bucks these days, so Rick's poker winnings are the real prize in this fight.

So how much are we talking about? Well, according to a bombshell that the blonde bombshell dropped today, last year Rick earned AT LEAST $40 million playing poker… against ONE GUY!

That guy is a Dallas real estate tycoon, Andy Beal. According to Pam, Rick won $16 million off Beal in one weekend alone last year!

It gets crazier! In today's filing, Pam also claims that Rick's Nevada residence is a sham. Remember, Nevada has no state income taxes, so as long as Rick spends the majority of his time living in that state, he only has to pay Federal taxes on his income. Unfortunately, Pam claims that Rick does not live in Nevada at all. She claims he primarily lived at her house in Malibu throughout all of 2014. She further claims that Rick gave one of his assistants in Nevada a credit card with which he would make small purchases periodically, to give the impression that Rick was living locally.

If that last allegation proves true, Rick could be guilty of defrauding California of their 13% cut of his $40 million winnings. That's $5.2 million that the state of California is DEFINITELY gonna want.

But the main thing for Pam, is to prove that the marriage should not be annulled. If she can do that, she'll be entitled to at least 50% of his winnings, a least $20 million (she would have to pay taxes on it).

Bottom line, despite that he possesses what must be one of the world's best spank banks, you probably couldn't convince me to trade lives with Rick Salomon right now.