By Joseph Gibson on September 24, 2019 in Articles › Celebrity News

If Oscar De La Hoya gets his way, Ryan Garcia, who recently signed on with De La Hoya's Golden Boy Promotions, will eventually become the first boxer to sign a $700 million fight deal. That's according to a recent chat the former boxer turned promoter had with TMZ.

The conversation was spurred by recent rumors that the undefeated Garcia is unhappy with Golden Boy – specifically, with the money he's made with the firm so far. But then the boxer agreed to extend his contract, and De La Hoya says it's smooth sailing from now on:

"I called Ryan Garcia,…We discussed it, we hugged it out and we're gonna move on…It's like when you're married or you have a girlfriend, you have your little rifts here and there." 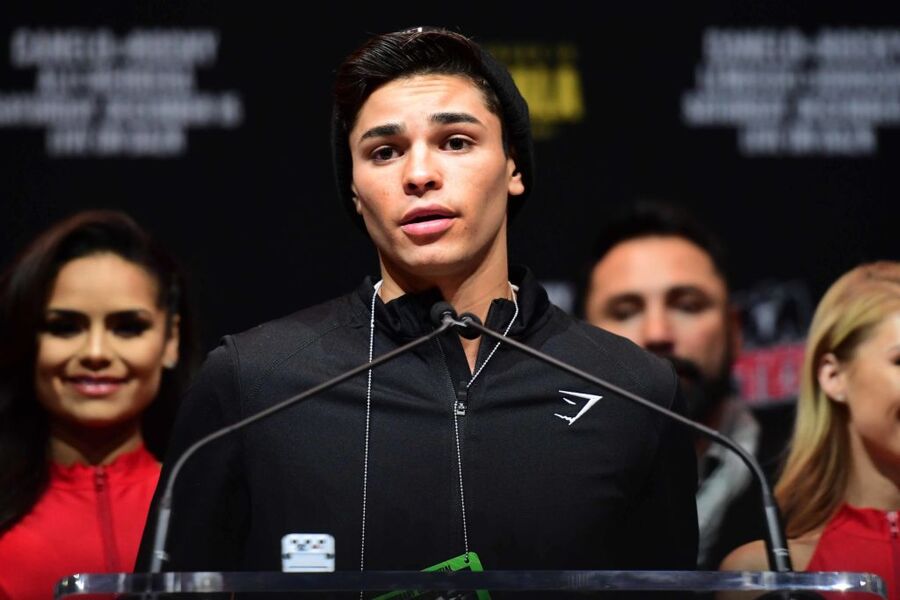 De La Hoya also says that he plans to do no less than help Garcia become "the biggest star that boxing has ever seen, hands down." And, he says, there will be big money to match that career stature:

"Just like I got Canelo the biggest contract in sports history at the time, I can probably get double for King Ryan when the time is right — when he becomes world champion — when he has several more years under his belt."

That's a reference to the $365 million deal signed by fighter Canelo Alvarez, so in point of fact $700 million would actually be on the low end of De La Hoya's ambitions. But, as he says, that's a few years down the road, so hopefully for Garcia's sake he will continue to live up to his potential in the fight game in the years to come.

Right now, De La Hoya is focused on promoting an upcoming fight with the aforementioned Alvarez, who's facing off against Sergey Kovalev on November 2nd – a night that will reportedly also feature Garcia in a "co-main event."