By Joseph Gibson on June 3, 2012 in Articles › Celebrity News

Ozzy and Sharon Osbourne must be doing OK for themselves, since the couple has reportedly paid more than $700,000 back to the IRS as part of their effort to pay off back taxes from income the couple earned in the years 2007, 2008, and 2009. They're not completely out of the woods by any stretch, but this is a respectable chunk of change, and the IRS is probably glad to have it. 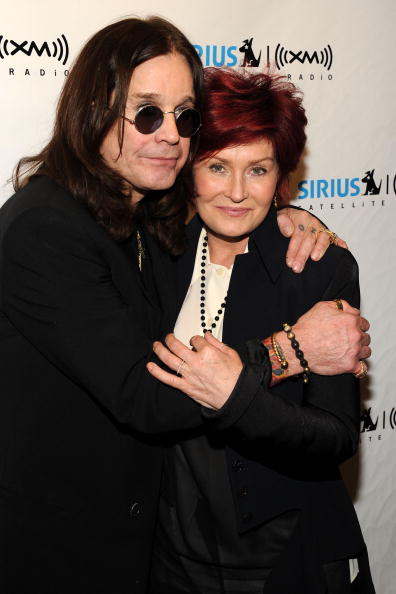 But their most recent payment, which totals up to $718,948.25, is just covering one of the three years they're in trouble for: 2008. Uncle Sam says the pair still owes $1,381,245.65 in back taxes from the other two years. Math wizards reading this already know that means they owed more than $2 million to start!

Luckily for Sharon and Ozzy, they have both got some steady work coming around the bend. Sharon has her always reliable gig as a judge on the NBC talent search competition show America's Got Talent, while Ozzy announced in 2011 that the original line-up of the band that made him famous, heavy metal outfit Black Sabbath, is reuniting for both a world tour and a new album with producer Rick Rubin. So, all in all, the rest of that pretty impressive tax debt should be cleared up before things get too out of hand.

As if all of that weren't enough, Sharon Osbourne also has a recurring role as the voice of "Mama Hook" on the upcoming Disney animated series for young kids called Jake and the Never Land Pirates. The show, loosely based on Disney's Peter Pan, will be an "interactive" series in the vein of Blue's Clues and Dora the Explorer. If it's as big a success as those two shows were, Sharon might have another regular job for years to come. Hopefully the Osbourne family accountant will make sure they don't get into tax trouble again!