Show business is usually thought of as a rather cutthroat industry, in which everyone is basically out for themselves and the double cross and back-stabs are everyday maneuvers. But every once in a while some high-profile celebrities surprise you with a genuinely equitable and magnanimous business decision, which is exactly what recently went down behind the scenes of the hit sitcom The Big Bang Theory.

Multiple sources have reported that in order to finalize a two-season renewal for the series, the five original members of the show's cast – Jim Parsons, Johnny Galecki, Kaley Cuoco, Kunal Nayyar and Simon Helberg – took a not-insignificant cut in pay in order to secure funding for  Mayim Bialik and Melissa Rauch (who joined the show's cast in its third season) to get raises. 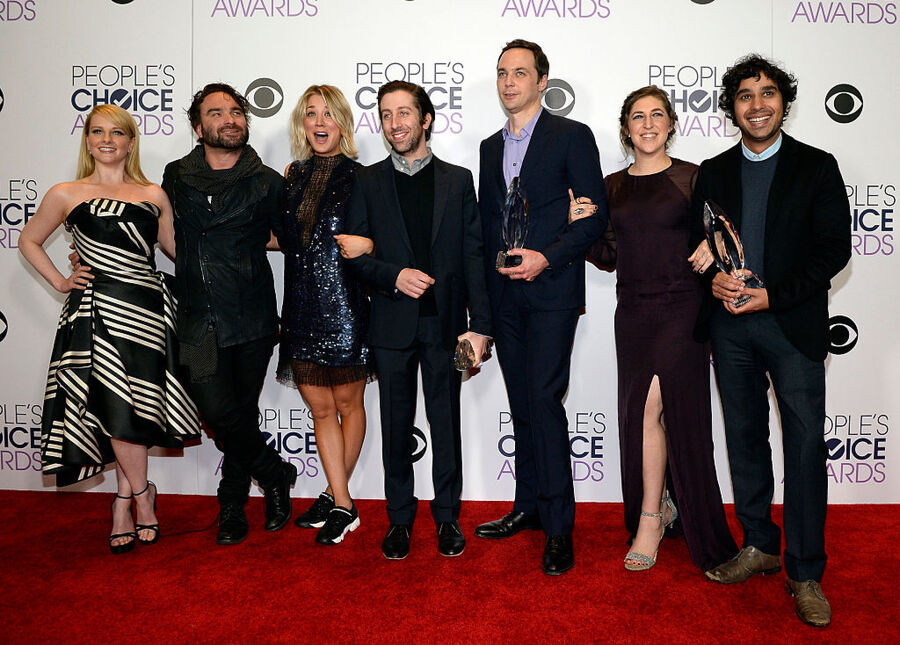 Exact details on the cast's contracts aren't a matter of record, but the core five reportedly get about a million bucks an episode now. As part of the renewal negotiations, they each agreed to a pay cut of $100,000 each. Doing a little simple arithmetic, that comes to a $500,000 surplus, which when divided between Bialik and Rauch comes to a raise of $250,000 each, which would in turn bring their per-episode salary to about $450,000 – it's not quite equal pay, but it's a start!

The renewal negotiations will bring the hugely successful Big Bang Theory its 11th and 12th seasons, and a continuation of a massively lucrative cash cow for Warner Bros. and CBS. In negotiating their contracts together, the cast is echoing that of its sitcom smash predecessor Friends, the cast which famously demanded equal (and eventually, equally huge) salaries during most of the show's run.