Traditionally speaking, there are three RIAA certifications that distinguish extraordinary sales of a particular album. I say "traditionally," because digital sales and streaming services have turned the whole certification task upside down. In the United States, for an album to "go Gold," it needs to sell 500,000 copies. To "go Platinum" it needs to sell 1 million copies. To "go diamond" it needs to sell more than 10 million copies. There's nothing above diamond. Michael Jackson's "Thriller" is the best selling album of all time, with 27.3 million verified sales in the US alone (worldwide sales is estimated at 65 million). According to the RIAA and Nielson Soundscan, in the history of recorded music only 82 albums have sold more than 10 million copies in the US. Prior to today, of those 82, only 8 were hip-hop albums. Can you guess which album just finally went diamond? And can you name the other 8 hip-hop diamond club members?

So who just joined the Diamond Club? I'll give you a hint. They're rap pioneers and the Diamond album is nearly 30 years old….

The answer is…. The Beastie Boys! Their Diamond album is the 1986 classic "Licensed To Ill." 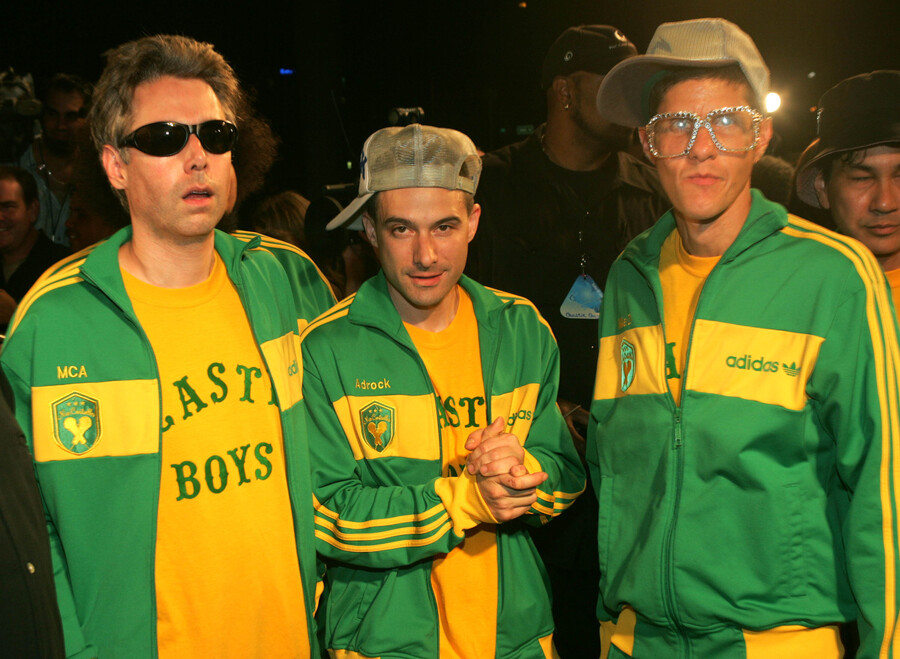 Released on November 15, 1986, "Licensed To Ill" is probably best remembered for producing hits like "Brass Monkey," "(You Gotta) Fight for Your Right (To Party)," and "No Sleep till Brooklyn." It is technically the first rap album to reach #1 on the Billboard charts. A feat it achieved twice. The first time the album hit #1 was around the time of its initial release. The second time occurred in the wake of the death of Beastie Boy Adam Yauch in 2012. The album was certified platinum on February 2, 1987, and as of today it is certified Diamond.

The Beasties join an uber elite club of hip-hop entertainers. Below is a full list of all nine albums that have officially gone Diamond as of this writing:

It should also be noted that according to the RIAA methodology, double albums count for double sales. If you were to treat double albums as single albums in terms of sales, here's what your Diamond list would look like:

Where's 50 Cent's "Get Rich or Die Tryin"? A few people have emailed and commented wondering why 50 Cent's smash hit debut album didn't make the Diamond cut. The answer, and maybe we should have been more clear about this, is that according to the RIAA, for an album to go Diamond it needs to sell 10 million copies in the US alone. Get Rich sold 8 million in the US and 12 million worldwide.

So there you have it! Congrats to the Beasties, and as always, RIP to Adam Yauch, better known as MCA.