As you watch the World Cup, it's hard to forget that many of the participants are extraordinarily wealthy. We recently published a list of the richest soccer players at the World Cup and the top 10 alone had a combined net worth of $1.13 billion dollars. The richest player, Cristiano Ronaldo has $250 million dollars. Lionel Messi is worth $180 million. Brazilian hometown hero Neymar is worth $50 million dollars, and he's just 22 years old! Speaking of Neymar, if you happened to watch Brazil defeat Cameroon 4-1 earlier this week (or the US beat Ghana two weeks ago), you may have noticed another multi-millionaire by the name of Jonas Eriksson running up and down the pitch. You may have also noticed that name Jonas Eriksson doesn't sound particularly Brazilian or Cameroonian. That's because Mr. Eriksson isn't actually a player. He's a referee. A multi-millionaire referee who is probably worth way more money than many of the players he is running behind at the 2014 World Cup… 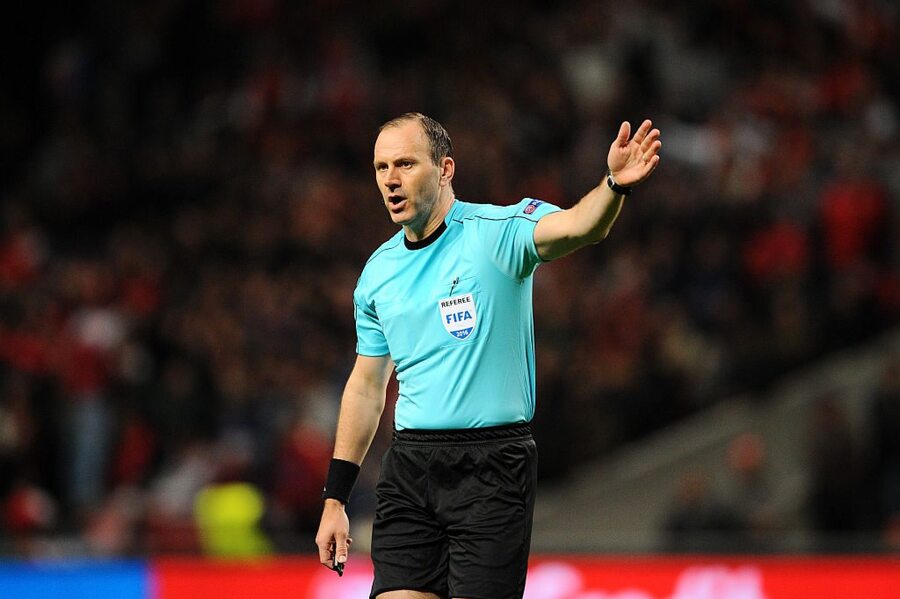 Like all the other referees who are officiating the 2014 FIFA World Cup, Jonas Eriksson was selected from an extremely small group of candidates who passed a series of equally extreme physical and intellectual challenges. These tests are important because a World Cup referee will run almost constantly for 90 minutes straight in a game (minus halftime). The average referee ends up running roughly 12 miles per game. To give you some idea of how selective FIFA is about their refs, out of the 80,000 sanctioned soccer referees in the United States, only seven are currently qualified to be even considered for a FIFA international event.

Also like all the other referees, Jonas will earn between $40,000 and $50,000 for a month's of work in Brazil. And while $50,000 for a month of work might seem pretty awesome, keep in mind that some of the players will earn several hundred thousand dollars in sponsorship income, bonuses and salary just for showing up. The average player will earn around $70,000, even if they get kicked out in the first round. Furthermore, when the tournament is over, the players get to go back to their club teams and earn even huger sums of money.

However, I doubt any of this bothers Jonas Eriksson because he happens to already be a multi-millionaire. He actually refs just for fun. Some might call him the Mike Lowry of professional soccer. Props if you get that joke without having to Bing it.

Born March 28, 1974 in Luleå, Sweden, the 40 year old has been a full-time FIFA International referee since 2002. He has been refereeing professionally since 1994. When he first started refereeing, it was a side job. For his day job, Eriksson was a co-founder in a Swedish sports media rights company called IEC Sports. The company, which was founded in 1993, distributes broadcast rights to hundreds of sporting events to international media outlets in dozens of countries.

Seven years ago, Eriksson sold his 15% stake in the business for $11 million dollars. OK, I admit that's not Cristiano Ronaldo money, but it is certainly way more than many of the players he's officiating against at the World Cup have in the bank. It's definitely more money than almost every player on the US Men's team is worth. Probably more than most of the US Men combined.!As for how his wealth has affected his life, Eriksson recently remarked:

"All the money hasn't changed anything, the best thing I do in my life is still refereeing football. I've had a fantastic life as a businessman…but since 2011, I've dedicated myself to being a professional referee and I'm having the time of my life."

If you think about it, this guy really is living the absolute dream life for someone who was extremely passionate about soccer. He gets unprecedented access to all of the highest profile games on the planet, he travels the world, he interacts with soccer's biggest stars… AND between salary and investment income he probably lives a damn good life. In fact, Jonas just inspired me. I'm going to sell my stake in Celebrity Net Worth as soon as possible, and finally pursue my dream of becoming the on-set professional massage therapist for all Playboy and Sports Illustrated Swimsuit photoshoots. Thanks Jonas!