Many were surprised, although probably not too surprised, when President Donald Trump gave his former partner in reality show crime, Omarosa Manigault, a job as a White House "public liaison." But she'd been a paid participant in both Trump's presidential campaign and his transition team, so it only figures she'd get the opportunity to stay on board – and besides, as financial disclosures made by the White House indicate, she could use the work.

Prior to her being hired by Trump, and even after that, Omarosa was receiving royalty checks in varying amounts for appearances on various TV programs. This includes $5,000 for Raising Whitley, and under half that for work on TV shows like The Steve Harvey Show, Late Night with Jimmy Fallon and David Tutera Celebrations. She also collected between a grand and $5,000 each for personal appearance fees for local events in and around Los Angeles, which when thrown together with the royalties and the $46,000 salary she got from pre-White-House Trump make a reasonable, albeit nowhere near Trump-scale, living wage.

Her biggest payday didn't even come in the form of a paycheck, but a $25,000 bridal package from Kleinfeld's in New York, compensation for an appearance she made on TLC's reality show Say Yes to the Dress. And interestingly, not all of Omarosa's funds before snagging her Trump gig came from showbiz glamour and celebrity: She's also reported to have made a clean $400 working as a substitute teacher in LA.

Of course, one would be remiss not to mention her engagement to late actor Michael Clarke Duncan in any discussion of her finances, since after the actor died in 2012 she received a one-third share of a trust fund valued at anywhere from $1 million to $5 million. 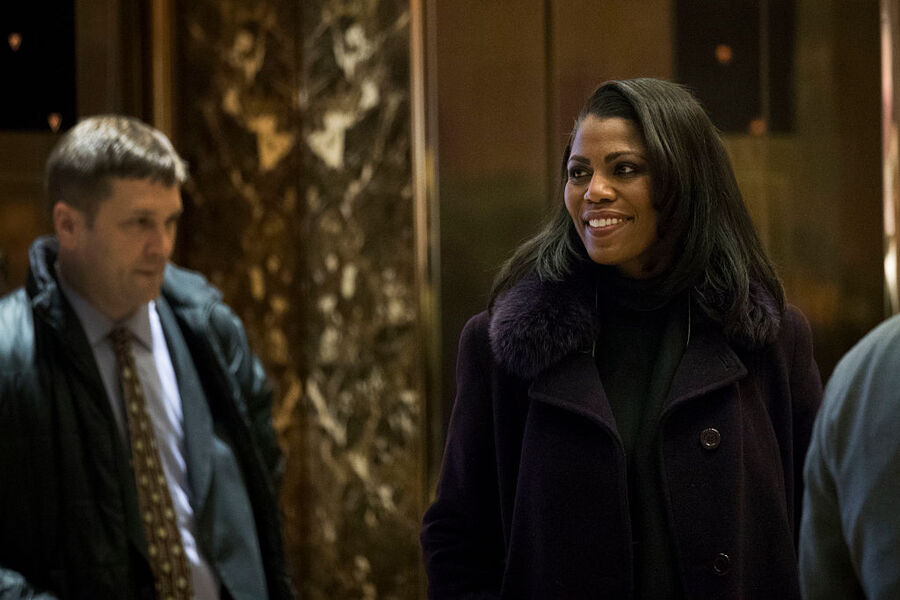 What Omarosa's current job pays doesn't appear to be a matter of public record as yet, but even with a net worth of around $3.5 million, she probably appreciates the steadier paycheck.