Oil Tycoon Will Pay Ex-Wife $1 Billion Divorce Settlement – And He Couldn't Be Happier!!!

By Brian Warner on November 11, 2014 in Articles › Celebrity News

After a two and a half year extremely bitter legal battle, Oklahoma oil tycoon Harold Hamm has finally settled his divorce with ex-wife Sue Ann Hamm. Yesterday, Harold agreed to pay Sue Ann $1 billion. That's enough to be the fourth most expensive divorce settlement of all time. So is Harold on suicide watch? Will he be crying himself to sleep tonight and every night for a long time? NOPE! As crazy as it sounds, Harold could not be happier about this outcome. He's dancing in the streets and crying tears of joy. Believe it or not, despite the fact that she just became America's newest billionaire, Sue Ann is the one who probably needs a hug, and a song from the world's tiniest violin. Find out why:

Harold Hamm is an oil executive who has a personal net worth of $20 billion. That net worth makes Harold the richest person in Oklahoma by more than $7 billion. It also makes him the 23rd richest person in The United States, directly behind Microsoft's Steve Ballmer and directly ahead of Nike's Phil Knight. We've been following this case for over a year now but it was two months ago when the Hamm divorce made big headlines around the world. 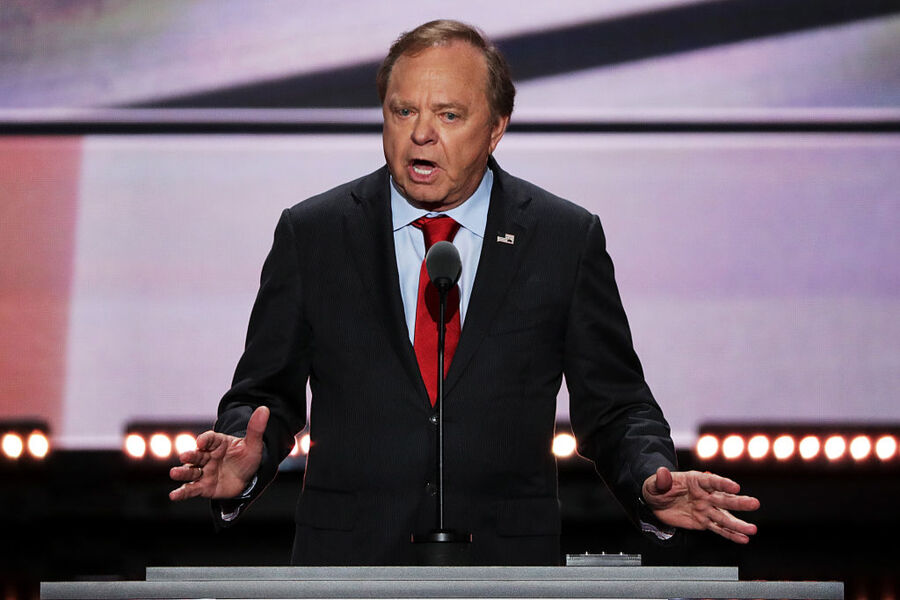 Some Background In Case You Missed It:

Harold Hamm was born on December 11, 1945 in Lexington, Oklahoma to a dirt poor family of cotton sharecroppers. He is the youngest of 13 children. After graduating from high school, college was financially out of the question, so Harold got a minimum wage job at a gas station in Enid Oklahoma. Hamm saved every penny he earned and, at the age of 22, he founded the Shelly Dean Oil Company (named after his two eldest daughters). Harold saw very little success in his first seven years in the oil business. Finally, in 1974 he drilled a claim that would eventually go on to produce 75 barrels per day.

Shelly Dean Oil's lucky streak would continue for the next several decades most notably with large discoveries in North Dakota and Montana. In the 1990s, after the company's name was officially changed to Continental Resources, Harold Hamm had his biggest oil discovery of all time: The Bakken field of North Dakota. The Bakken field would turn out to be largest untapped source of oil in America since the 1960s and today produces more than 700,000 barrels per day. That represents 10% of all daily American oil production. The Bakken field is expected to produce a total of 24 billion barrels of oil which makes it one of the 15 largest oil discoveries in history. By comparison, the largest oil discovery ever, Saudi Arabia's Ghawar Field, produces 5 million barrels a day and is expected to produce as many as 83 billion barrels in its lifetime.

Thanks largely to the Bakken field discovery, Continental has grown into one of largest and most powerful petroleum producers in America. Today, Continental Resources is the fourth largest publicly traded company in Oklahoma with over 500 employees, $2.4 billion in annual revenue! Throughout this rapid growth, Harold Hamm managed to maintain a 70% controlling stake of the company. Harold is the largest "owner" of oil in the United States.

In April 1988, fresh off divorcing his first wife, and more importantly just a few months before the Bakken discovery, Harold met and married a rising young executive at his own company named Sue Ann. The future Sue Ann Hamm would eventually rise to be one of the top executives at Continental. Sue Ann organized large scale oil-industry trade groups and even testified to Congress on behalf of Continental before she left to raise the couple's two young children Jane and Hilary. Unfortunately the happy marriage began to unravel in 2010 when Sue Ann allegedly caught Harold with another woman. Over the next two years, the couple became more estranged until Sue Ann finally filed for divorce in May 2012. At the time of their marriage, Continental Oil was valued at $50 to $100 million. The company's market cap recently topped $27 billion.

Under Oklahoma law, all assets and wealth that are acquired during a marriage are split in half in the event of a divorce. Harold could be required to give Sue Ann half of his 126.3 million shares of Continental Resources, roughly 63.15 million shares. He actually owns a total of 250 million shares, the remaining were acquired either before their marriage or after their separation. Over the course of the trial, the shares that Sue Ann was eligible to receive could have been worth as much as $9 billion. More recently, analysts projected the settlement to be in the $3-4 billion range.

But there was an interesting catch! Oklahoma divorce law has one interesting quirk. In Oklahoma, Sue Ann's lawyers were trying to prove that the fortune earned by Harold during their marriage was the result of "active efforts". In other words, did Harold earn this fortune through active mental and physical business efforts? Without his decision making and other business skills would the fortune have NOT accumulated? Or could Harold have hired a chimp to run his affairs in 1988 (right after the marriage) and still manage to be worth $20 billion today? Sue Ann's lawyers needed to prove that the fortune required "active effort" on Harold's part and that his business efforts were assisted by her efforts as a wife, homemaker and member of the marital partnership. Harold's lawyers wanted to prove the chimpanzee theory. More specifically that Harold made a few wise decisions back in the 1980s (before he married Sue Ann) and that his fortune would have accumulated regardless of his involvement over the next 20 years.

Yesterday, a judge in Oklahoma ordered Harold to pay Sue Ann $1 billion. This keeps Continental Oil safely intact and puts to rest all shareholder fears. Harold has already forked over $22.8 million plus two mansions and a ranch. That means the balance due to Sue Ann is $972.7 million in cash. That's the same as roughly 20 million shares of Continental, so the judge put a lien on that exact number of Harold's personal stake. The judge also ordered Harold to give his ex $300 million by the end of the year, so he basically has to sell around 5.5 million shares in the next two months (slightly more to account for taxes). The remaining balance due, roughly $627 million will be paid in monthly installments with interest. And Harold could not be happier. He basically just dodged a $6-7 billion bullet. His company wont get hurt and he will not takeover the record for most expensive divorce in history.

The current definitive record for most expensive divorce is the $1.7 billion settlement Rupert Murdoch paid to his first wife Anna in 1999. The reason we say "definitively" in the previous sentence is because earlier this year, Russian fertilizer billionaire Dmitry Rybolovlev was ordered by a Swiss judge to pay his ex-wife Elena $4.5 billion. But so far Dmitry has shown no intention of honoring that ruling since he does not recognize Swiss law over Russian.