By Joseph Gibson on October 12, 2017 in Articles › Celebrity News

OJ Simpson, as you may have heard, is out of prison now. Much has been made of his NFL pension, which earned him somewhere in the neighborhood of half of a million dollars while he was in prison, depending on when he cashed in, but there's a simple reason that people are so interested in his financial situation: the civil ruling that found him liable for the deaths of Nicole Brown Simpson and Ron Goldman. A judge ordered him to pay $33.5 million in restitution to the Goldman family for those deaths, but that number has ballooned in subsequent years, thanks to interest and OJ's lack of ability and willingness to pay. So how much does OJ actually owe now? According to recent reports, the figure has very nearly doubled.

Ron Goldman's father's attorney, David Cook, recently told the press that OJ had only paid something in the "six digits" of his debt, while a few years ago in 2014 Ron's sister Kim stated in an interview that the Brown and Goldman families had seen "less than one percent" of it. When you drag your feet on payment like that, interest tends to pile up, which explains why OJ now owes a reported $65 million now. 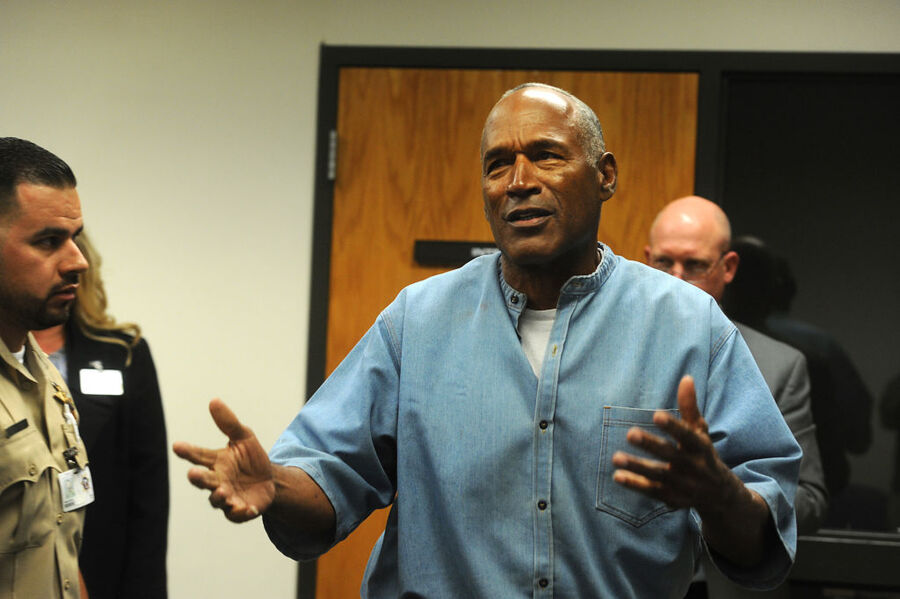 OJ's NFL pension is reported to be worth millions in total, but state laws protecting pensions means the Browns and Goldmans aren't legally entitled to it. So it's likely that the families aren't going to see too much of that money from Simpson, no matter how much interest gets piled on top of the $33.5 million principal.