After spending the past few months under the radar post-presidency, Barack Obama has found himself back in the spotlight. Earlier this week, he announced that he and his wife would be donating $2 million towards summer jobs programs in Chicago. Prior to that, the 44th President raised some eyebrows with his huge speaking fees; he has made nearly $1 million off of two speaking engagements alone. But him accepting those huge fees may come at a price if the Senate ends up passing a particular bill regarding presidential pensions.

Last year, then-president Obama vetoed a bill that would have curbed the pensions of former presidents if they had an annual income of $400,000 or more. But now, in the wake of the news of Obama accepting a total of $800,000 for an upcoming speech on Wall Street and a 90 minute interview session sponsored by A&E Networks, the same bill may be getting passed this time around.

The Presidential Allowance Modernization Act would cap presidential pensions at $200,000, with an additional $200,000 for expenses, and the payments would decrease dollar-for-dollar once a former president's income went over the $400,000 mark.

In reference to Obama's veto of the bill last year, Rep. Jason Chaffetz, a Republican from Utah who was the sponsor of that bill, said, "The Obama hypocrisy on this issue is revealing… His veto was very self serving." 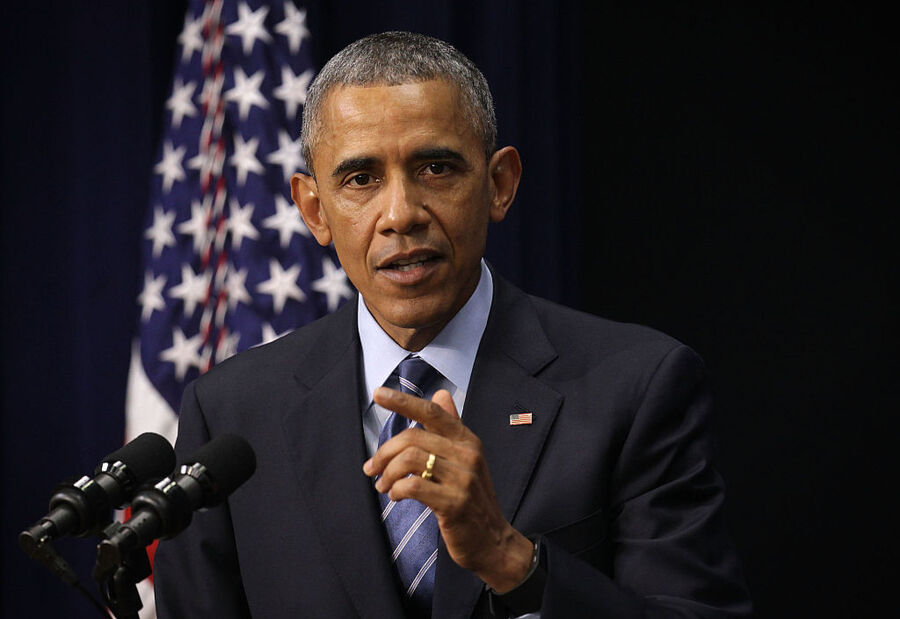 Obama said at the time that the bill would have "unintended consequences" and "impose onerous and unreasonable burdens," causing former presidents to lay off people who work for them and find new office spaces. The White House says that they spoke with every living former president prior to Obama's veto.

The current Former Presidents Act states that the five living former presidents; and Obama, are entitled to a pension of $207,800; equal to the salary of a current cabinet secretary. They also receive $150,000 in order to pay staff, in addition to having "suitable office space, appropriately furnished and equipped."

The spending bill that was approved for 2017 contained almost $3.9 million for all of the living presidents through Sept. 30, which is a $588,000 annual increase.