O.J. Simpson Could Be A Free Man Very Soon… And He'll Walk Out Of Prison A Multi-Millionaire!

Ex-NFL football player O.J. Simpson faces a hearing on July 20th in which he will plead his case for an early release from prison for good behavior. Simpson is currently serving his ninth year out of a 33-year sentence that he received for armed robbery and other charges in 2008. If at least four of the seven members of the parole board vote to release him, he could be free as early as October 1, 2017, at the age of 70.

Simpson was a star running back in the NFL back in the '60s, but he's most famous for being found not guilty of the charges of murdering both his ex-wife, Nicole Brown Simpson, and her friend, Ron Goldman, in 1995. It was one of the biggest court cases of the century and to this day, he maintains that he was innocent of those crimes.

After Simpson was cleared of the murder charges, the families of the two murder victims filed a civil suit against Simpson and won. The judge ruled that he was liable for the two deaths, and that he would have to pay $33.5 million to the families. According to multiple sources, he has hardly paid any of that sum to date. 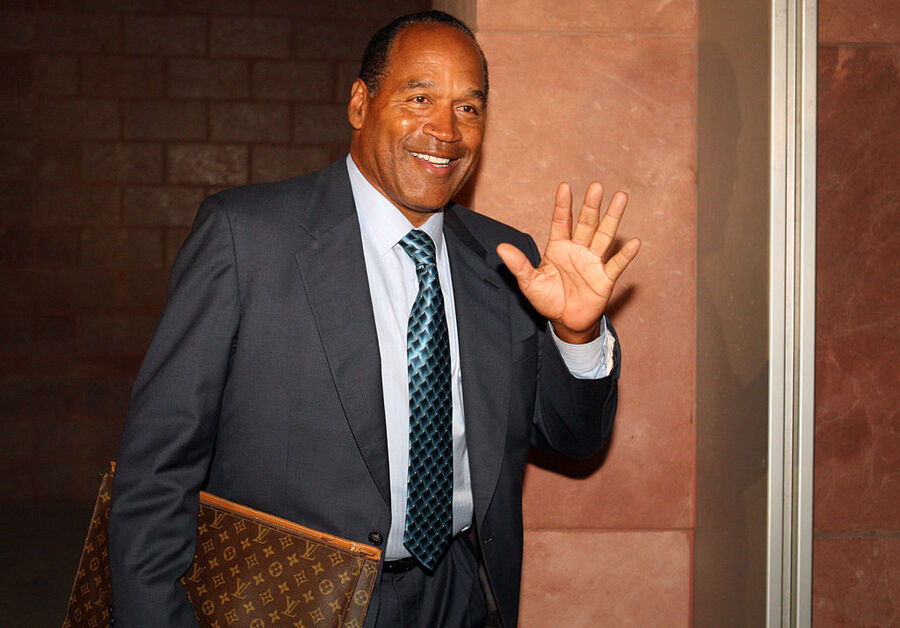 Meanwhile, in prison, Simpson has been amassing a sizable bankroll through the NFL's retirement program. If he is released in October, he will have free access to a multi-million dollar pension that he funded many years ago. Today it's estimated that the pension is worth anywhere from $2.5 – $5 million. OJ also received $1700 per month from his NFL pension and another small pension from the Screen Actor's Guild.

But here's the real kicker: Because of the America's Employee Retirement Income Security Act, the multiple millions that Simpson has accrued can't be touched by the families of the murder victims from the 1995 case. In other words, Simpson is free to keep the money!

According to Las Vegas attorney Daniel Hill, it looks pretty likely that Simpson will be released. "He's the kind of guy who gets paroled," said Hill. "He's done a significant amount of time and, by all accounts, hasn't caused any problems."

Multiple sources report that Simpson has indeed behaved well in his nine years behind bars, avoiding drugs and gangs, and generally showing a desire to improve. It will be surprising if he is not released in October and if he is released, he will be a free, really rich man.