O.J. Simpson Has "A Good Chance" Of Getting Parole, And An NFL Pension Worth As Much As $5M

In 2008, when O.J. Simpson was sentenced to 33 years in a Nevada prison for a botched attempt to forcibly reclaim a collection of sports memorabilia, many saw it as poetic justice against his infamous murder acquittal in 1995. But now, Simpson might be set to come off pretty well for himself, as an Associated Press report states he has "a good chance" of getting parole following his hearing coming up on July 20th. And if that happens, he'll also be in line to collect a pension from the NFL's retirement program worth somewhere between $2.5 million and $5 million.

Simpson appears to have the wind at his back going into his parole hearing on Thursday, when board members will take into account his age (he's 70), as well as his lack of criminal convictions before his 2008 sentence. And in July of 2013, the same four parole board members who will determine Simpson's fate paroled him on some counts of kidnapping, robbery and burglary that contributed to his 33-year sentence, leaving him with just another four years of prison left to serve before hitting his minimum sentence threshold. Another factor that looks good for him is his reportedly stellar conduct behind bars, where he serves as the leader of a regular prayer group, mentor, and "commissioner of the prison yard softball league" according to friend Tom Scotto. 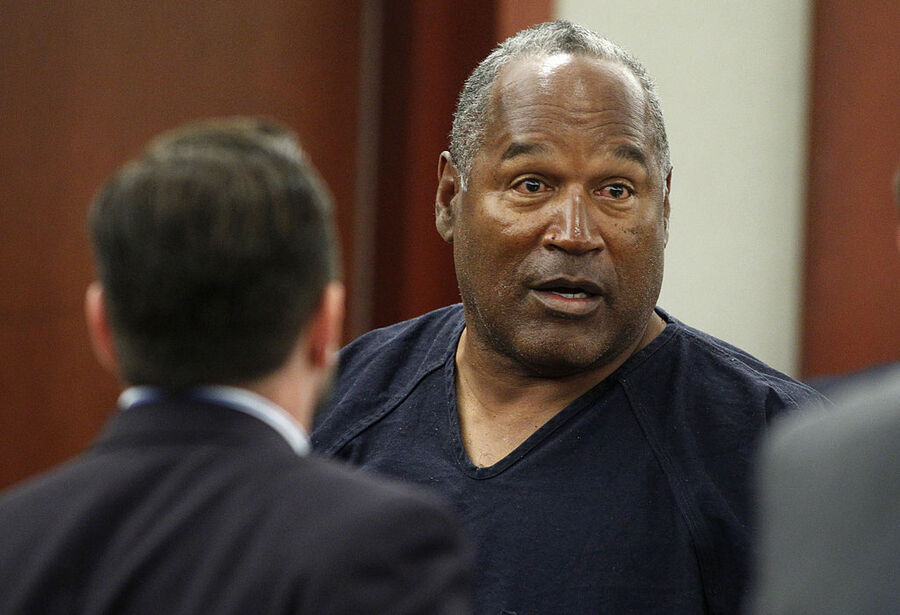 As for that NFL pension, if Simpson does get parole and goes free in October, he will be entitled to his millions of dollars (and a bit more from a separate Screen Actors Guild), without having to pay a penny of it to the families of Nicole Brown and Ron Goldman, the deaths of whom he was found liable in civil court after his acquittal. That civil trial resulted in Simpson owing their families $33.5 million, but the Employee Retirement Income Security Act would prevent his pensions from being claimed even on the strength of a civil liability wrongful death verdict.

There is one potential catch, one that was explained by defense attorney Michael Shapiro, who has in the past provided commentary on Simpson's legal exploits:

"The judge believed he got away with murder. That's the elephant in the room. If the parole authorities feel the same way, he could be in trouble."

If you're interested in how this case turns out, O.J. Simpson's celebrity/notoriety has led to the decision to stream his July 20th parole hearing live, and the board will seek to deliver a decision on that same day.