The list of celebrities claiming The Weinstein Company owes them money has grown by at least two more stars. They're rappers Jay-Z and Eminem, who according to The Blast are now suing for more than $800,000 between the two of them, stemming from work on a variety of film projects from the past few years. Eminem and Jay-Z are in good company in being owed money by the company started by Harvey Weinstein, and it remains to be seen how their claims will be resolved.

First up is Jay-Z (the two artists are suing The Weinstein Company totally independently of one another). According to Jay-Z's suit, The Weinstein Company owes him at least $480,000 for a documentary series on Kalief Browder and Trayvon Martin that Jay-Z produced with TWC last year. The former, Time: The Kalief Browder Story represents "at least" $240,000 in unpaid fees for Jay-Z, and the latter, Rest in Power: The Trayvon Martin Story, another $240,000. And as the lawsuit makes clear, those figures could be low, since it alleges that The Weinstein Company "hasn't been forthcoming with its accounting," which happens to be something of a recurring theme in many of the financial complaints against the company. 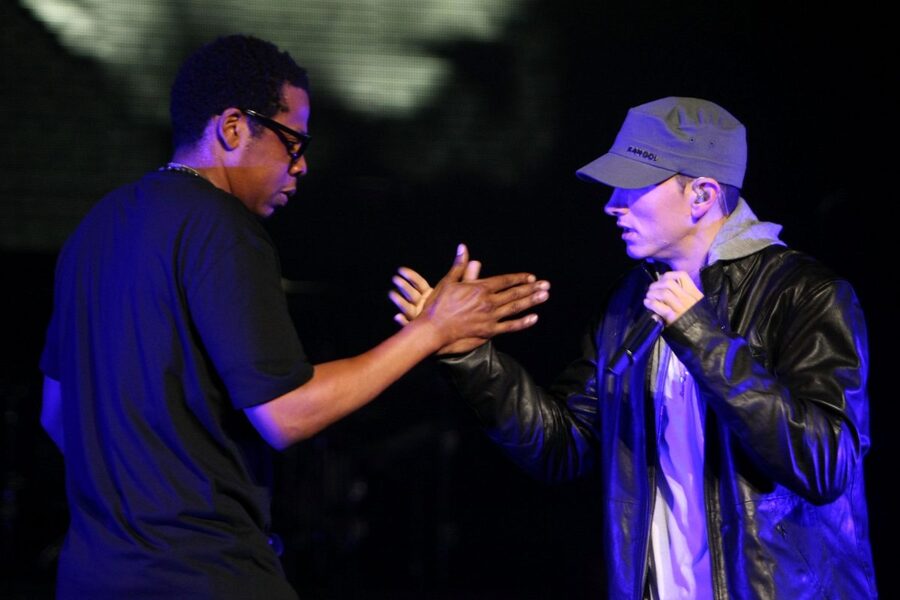 For The Weinstein Company's part, they mention Jay in their own bankruptcy filings, but only to deny owing him anything for Time, while the filings omit mention of Rest in Power altogether.

Eminem, on the other hand, wants $352,000 in fees he says he's still owed for having produced the soundtrack for the 2015 film Southpaw. Em says he never got paid in full for the job, and the suit reportedly includes emails to The Weinstein Company as late as October, 2017 asking for the fee to be paid in full. But he and his suit says the money never came in, hence resorting to legal means to get it.