By Joseph Gibson on September 15, 2018 in Articles › Celebrity News

The tennis world has a new top man in the field of career prize earnings with Novak Djokovic's recent 2018 US Open win. The victory added $3.8 million to Djokovic's total career earnings on the court, bringing his total to $119.1 million, which is enough to put him ahead of the previous biggest on-court earner in tennis, Roger Federer.

Federer has earned $117.51 million on the court, which even though it's no longer the most anyone's ever earned, is still obviously a healthy sum. As a sort of consolation prize, while Djokovic has earned more in prize money he still hasn't earned more actual trophies than Federer. However, the bulk of Djokovic's 14 grand slam titles were won after 2010, while 75 percent of Federer's major victories happened before that point in time, and as prizes in tennis have continued to go up since then, the financial advantage is Djokovic's. Association of Tennis Professionals spokesperson Simon Higson told the BBC why that is:

"The players have played a key role in driving that growth … The sport has seen significant increases in prize money levels over the past 10 years which have seen the players share in the overall commercial growth in the sport." 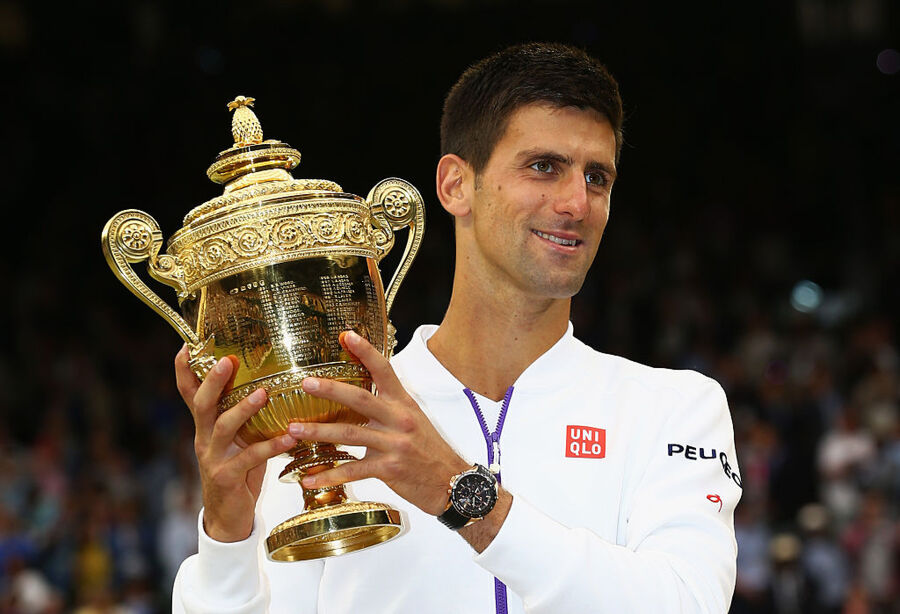 You might have noticed that this article has been singularly focused on on-court earnings, as opposed to income from stuff like endorsement deals. In that arena, Federer is still far ahead of Djokovic, with an estimated $65 million a year from his endorsement deals alone. Companies Federer is affiliated with include Credit Suisse, Rolex, Moet & Chandon, and more, and earlier this year he made a much publicized switch from Nike to Uniqlo, grossing some $30 million a year in the process. As for Djokovic, he's said to earn about $22 million a year from his own personal endorsements, the biggest being his deal with clothing company Lacoste.